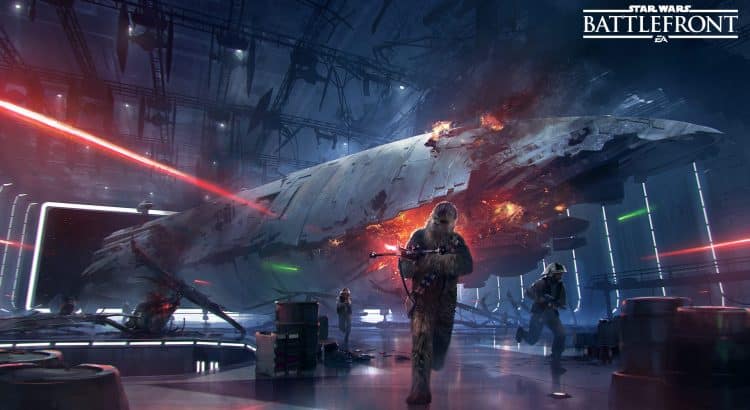 Are people still playing Battlefront? Are there as many playing as there were when it first launched? According to EA, millions of people are still playing online shooter Star Wars: Battlefront. EA reported its financial results for the three month period ending 30th June, and during that time 6.6 million played DICE’s Star Wars game. To many players, these stats are surprising since it doesn’t seem like there is as much interest in the game as there was at launch. The Battlefront community seems to have dropped from its high after release in November 2015. Complaints litter the forums and other online communities surrounding the lack of content and depth of the gameplay. While EA may have tried to play on the current popularity of Star Wars to boost the game even more, it still seems to fall flat after you’ve played it for some time.

The surprise is that not that many players have seemed to move on, at least if the stats are too believed. So this begs a big question: why do we keep playing games that let us down? Are there no other options? Are we bored? Are we just that into our Star Wars games that we’re willing to keep playing, no matter what?

To answer this, we need to dig into the stats and facts for a bit. First, in this quarter they had a free trial period for the game. This is always going to boost the numbers because you’re bringing in all those new players. Promotions such as the Outer Rim content will also bring old players back online to play again so this boosts numbers. You also have to factor in the part that people are playing across all the different platforms. You can get more updated realistic stats from swbstats.com. This will show you who is actively playing and it gives you a bit more than just the company earning reports.

So back to that topic about why we keep playing? If you love Star Wars and you love shooters, you’re going to want to try a Star Wars shooter. Even if it lets you down in some areas, or you blow through the content faster than you’d like and are left wanting more, you just might keep playing. You’re waiting. You’re hoping the developer will give you more of what you want. It’s a race from the developer side to give players just enough content to keep them happy without releasing unfinished content in the rush to keep up. It’s a tough balance to keep up. Is EA doing a good job with that with Battlefront?