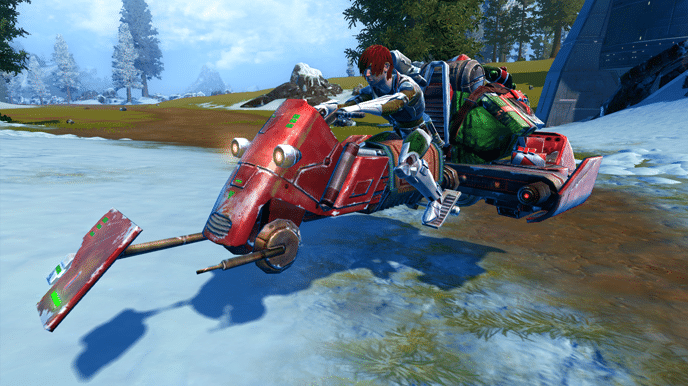 On December 17th, all game servers will be unavailable while we perform scheduled maintenance. Game Update 2.5.1 will be implemented during this downtime. Details are as follows:

MISSION: Celebrate Life Day with two weeks of snowball fights! Every snowball you throw during the Life Day Event has a chance to award you with a Snow-Covered Parcel. Collect and exchange your Snow-Covered Parcels for festive rewards at the “Master of Ceremonies” located in the Galactic Trade Market sector in the Imperial and Republic fleets. Snowball Bombs and Fireworks can be purchased for credits from the Master of Ceremonies. Watch out for those snowballs!

MISSION: Explore Ilum‘s contested area in the Western Ice Shelf to uncover the mysterious purpose of the Gray Secant, an enormous ancient Gree starship. Get ready to face a powerful opponent that awaits you at the center of this ancient vessel. Visit the in-game News Terminal located on Carrick Station or Vaiken Spacedock to get started on your adventure!