BioWare have closed down there servers to patch the dupe exploit that has been around for a few days. While I’m pretty bummed about not getting to play as much as I would like on my day off, I’m happy that BioWare fix these exploits as fast as possible. 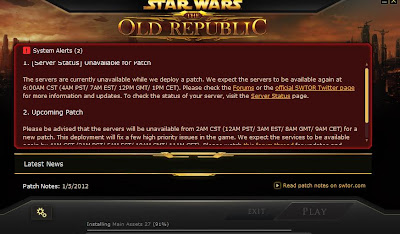 So what was the exploit about anyways?  Well basically you fool vendors to think that they  bought  a stack of 99 items while they actually only bought one item. readers have mailed us how they made millions of credits before the server went down, but we have no screen shots to prove it.

Funny thing about this bug is not the bug it self  (shit happens and then you fix it) but the fact that Reddit and 4chan users tried rallying the masses to “take down TOR”. I’m not sure what’s up with these people, but you can read more about “Operation Occupy SW: ToR” here. 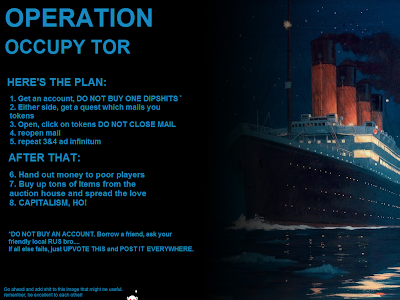