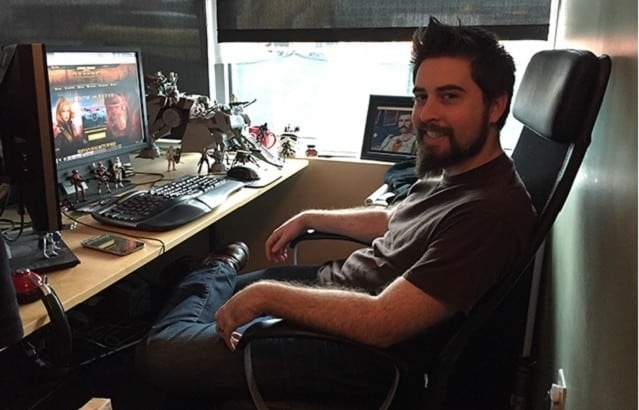 So what’s new in the world of SWTOR? Will we see new content any time soon? A sign from the Twitterverse says yes. Charles Boyd, lead designer and creative for SWTOR announced via Twitter that he was headed to LA again for the next round of SWTOR voiceover work with the ” amazing” cast of talent. This is exciting news for fans because it always means more content is being created.

What do you think they could be working on recording right now? Could it be KotFE Season 2 stuff? It’s really all speculation at this point. All we really do know is that we will get more content. Whenever conversations like this get started, it often turns into a debate about which game is better, what Bioware did right/wrong, and so forth.

The bottom line is that as long as the game continues to turn a profit, we’ll continue to see new content and watch it grow. If it stops making money, then there is the potential it will die off. This is true of any video game. It’s just basic marketing and business sense. Of course, there are many who theorize about how long SWTOR has left. Some give it two more years (2016 and 2017) to work through upcoming content. But is that really all we have left?