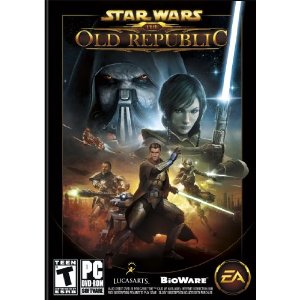 Do we know if SWTOR had a smooth launch or not? While some will speculate and others will claim otherwise, you can see the evidence in the game forums, as well as by playing the game itself and you will learn if it had a smooth launch. The same can be said for any MMO, as Gamasutra reminds us.

They spoke with Dallas Dickinson, production director at Star Wars: The Old Republic developer BioWare Austin at GDC earlier this month and learned a few more things about SWTOR launch and how the numbers continue to grow.

“The launch went really, really well. I think sort of surprisingly smoothly,” Dickinson said, with hint of real actual surprise. But it’s true: the biggest MMO to launch in years might not be perfect, but it went off with no major hitches.

“A smooth launch was one of our goals,” he added. “”We had seen massively multiplayer game launches in the past, and historically, it never goes well. Historically, even the best ones out there had a really rough first one or two months.”

However, as we all know, launch is the relatively easy part. We can all see the impressive numbers that BioWare has brought in for SWTOR but the real challenge lies in keeping those numbers over time. So far, they are doing a pretty good job of that as well.

Dickinson couldn’t reveal specific numbers himself, as EA is a publicly-traded company, but when asked about player retention for SWTOR, he hinted that there could be something worthy of announcement soon. “[Retention] has been very good. The game is retaining really well,” he said. “We’re still in a place where we’re growing, which is awesome.”

Where do you see the future of SWTOR going?