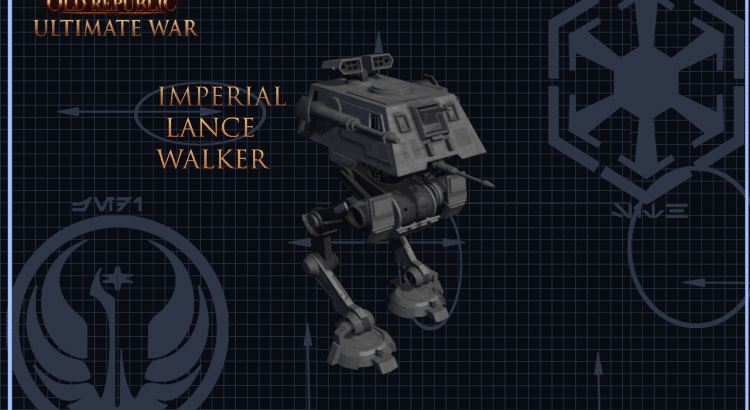 Do you play Empire at War? If you’re a Star Wars fan, then here is some news you might really enjoy. This is a mod for Star Wars Empire at War: Forces of Corruption, based on the Star Wars the Old Republic era and online game. Birb & Bean and its founders, Barcuda13 and elfenvy, are hard at work and hope to bring a new look to the Old Republic and the Forces of Corruption modding community with this project.

You can learn more about it here.

Here are some basic updates/info:

The mod is planned to be released sometime in late 2016. Already released is the Space Alpha, which is a small preview of the mod. It has a few Space skirmish maps and some units we have coded in already. We plan to update the Alpha every few months until the 1.0 of Ultimate War is released.

Ultimate War is a project run by users elfenvy and Barcuda13. The project is massive, and we have only released the basic foundation for the mod. We plan to convert the entire Forces of Corruption game into a massive multiplayer game in which you can command the forces of the Old Republic and follow a story spanning half a millennium.

So far the mod has progressed very well. The only thing truly left until we can begin piecing the game together is rigging models. The mod is planned to be released sometime in late 2016. We update the site regularly and often post content in the Images and Articles tabs. Make sure you check the site often and support us on our way to finishing the first 1.0 version! All ideas, questions, and comments are welcome to the project.