Charles Boyd made an interesting tweet yesterday regarding voice recording for upcoming content swtor content. If you don’t know who Charles Boyd is, I can tell you he is credited as the lead writer for the trooper class on IMDB. We don’t know what the new content is yet, but it’s properly for the upcoming expansion, or maybe something coming down later down the pipeline.

Another interesting thing about all this, is  Charles Boyd’s twitter description is ” Lead Writer on Star Wars: The Old Republic, Trooper lover, and historical arms-and-armor nerd. All opinions expressed are my own! “

Personally I was not aware that had become lead writer, but apparently BioWare got a few for the game, since Hall Hood also uses this title.

LA-bound to sit in on voice recording for upcoming #SWTOR releases. Always awesome to see such talented actors at work in the booth!

The question I wonder is, would the players prefer less content which is fully voice acted, or more content that isn’t voice acted but with occasional voice acting in major content? Personally I like what they’ve been doing lately with the main story being voice acted but most of the side quests are just picked up from the terminal. 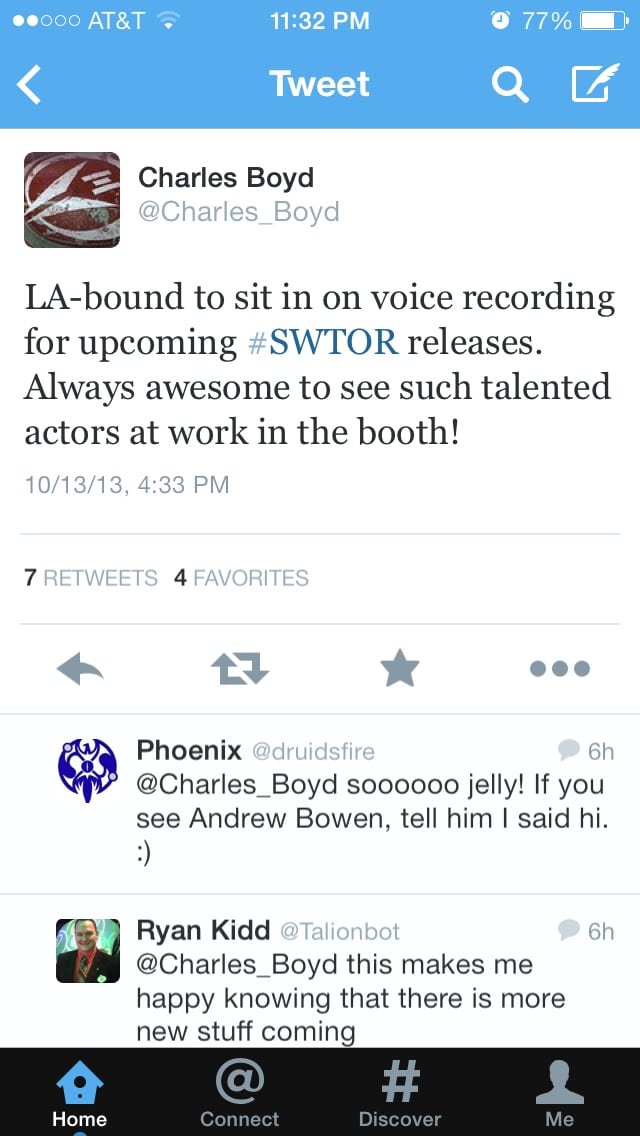