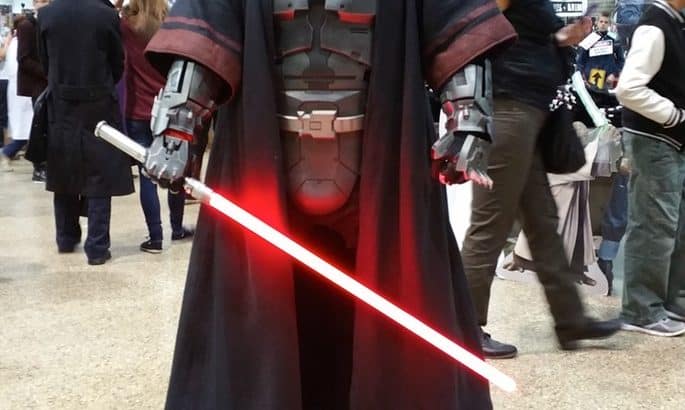 We’ve told you about how we love the SWTOR cosplay from Mynock’s Den. Here’s another great completed project. It’s a very detailed Sith Acolyte armor and it’s absolutely perfect.

“The following photos were taken at the Comic Con in Winnipeg. The V2 Sith Acolyte armor is upgraded with a full Sith Acolyte Helmet, and the new V2 chest plate. The beautiful thing about the new setup is that since the Acolytes were shown without their hoods in the new cinematic trailer “Sacrifice”, and since I completed an accurate back plate for the helmet, I was able to wear the costume without the hood! Having the hood off really cut down on heat retention, allowing me to wear the helmet pretty much the entire time I was at the con!” 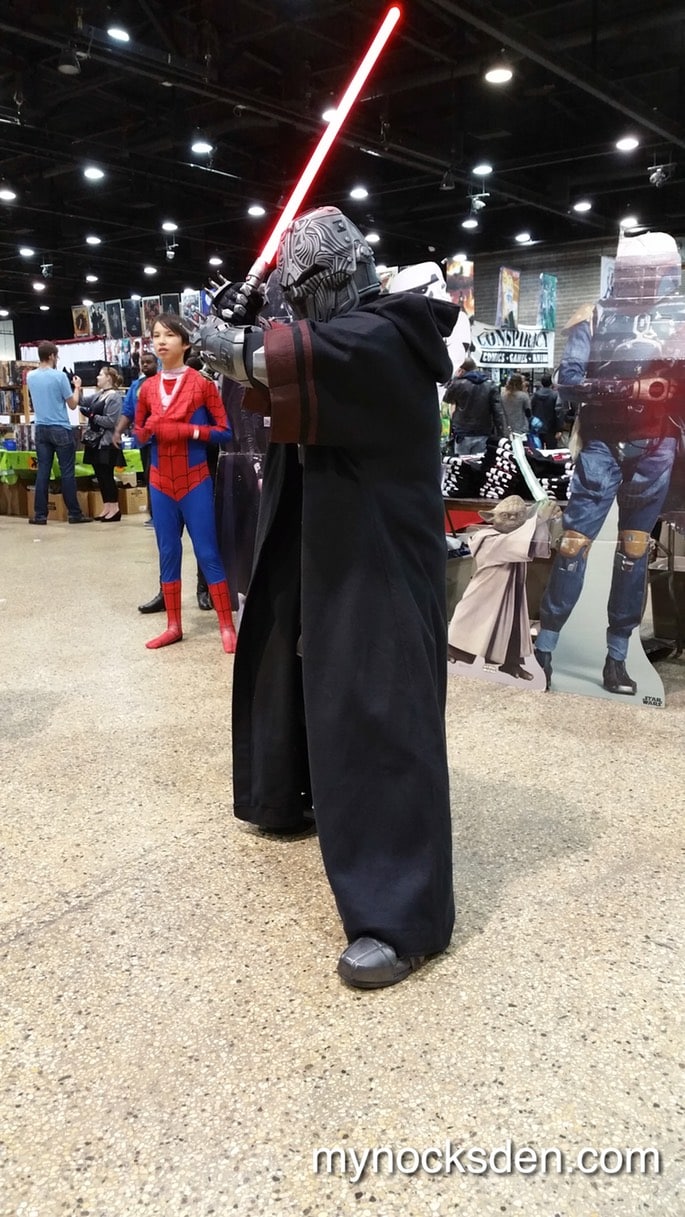 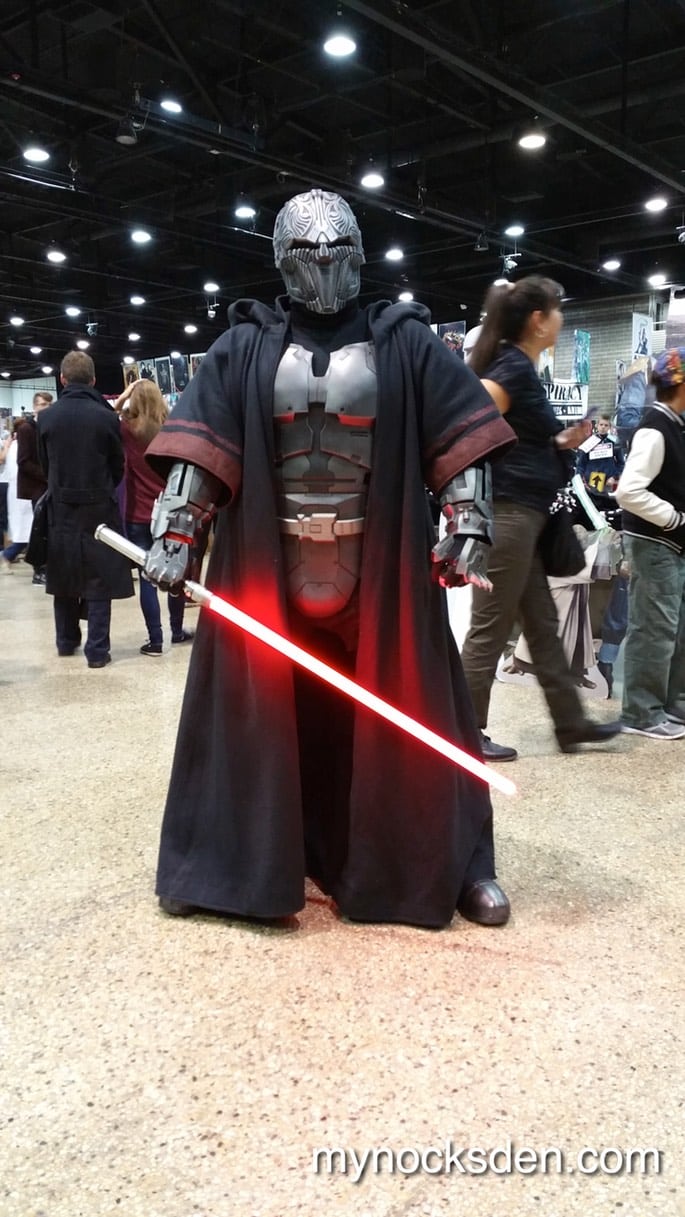 See more on his site. He also has a bunch more great photos from around the con of him as well as other attendees and some other great cosplays. If you’ve ever attended cons like this, you can probably agree that one of the best parts is seeing the costumes that people come up with and attend with. In our last post about Taras from mynocksden.com, we told you a little about how he has been making costumes and other things since he was a kid. He’s not a professional prop maker and doesn’t even work in the industry but from the looks of his quality work, he could if he wanted to. He models on the computer (all self taught) and he uses tools such as 3D printers and other gadgets that help improve his creativity. He shares his techniques, tools, and build processes on his website to inspire others and also to show how he does things. If you haven’t already, you should definitely go check it out.