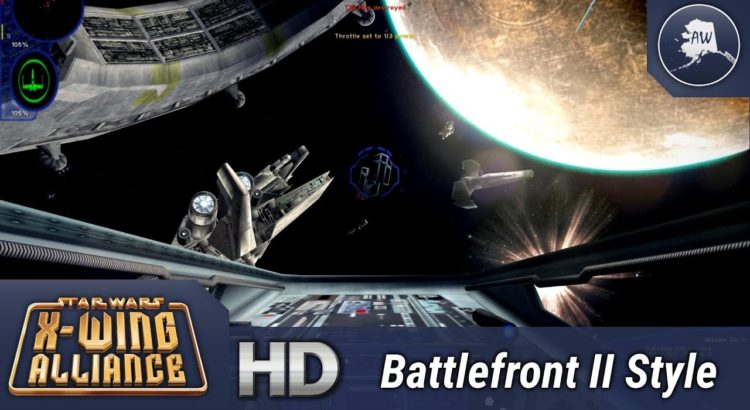 I just had to make a post today to show you this really cool project we came across. It’s not exactly new, but it’s not getting the attention it really deserves, so you may not have heard about it. This is a very impressive shader mod project with demo videos for what was one of the best Star Wars games ever made. X-Wing Alliance!

The last and arguably ultimate Star Wars space combat simulator. Although it was released in 1999, several mods are available that freshen up the appearance while retaining the surprisingly deep gameplay. If you haven’t seen it yet, but you loved X-Wing Alliance, I highly recommend you head over and check it out. It’s really awesome and it will bring a big nostalgic feel as well.

They have loads of information on their website here, including instructions for using the mod, but there are also some videos we will include below so you can get a real visual on what it is. So, check out the videos and tell us what you think. If you like the look of it, head on over and download the mod for yourself.

(Roughly) recreating the Starfighter Assault on Fondor from the Star Wars Battlefront II Beta in X-Wing Alliance. Check out the video to see it for yourself.

This video includes several clips demonstrating the shader mod that provides a significant graphical boost! This video will show you how it looks in the game.