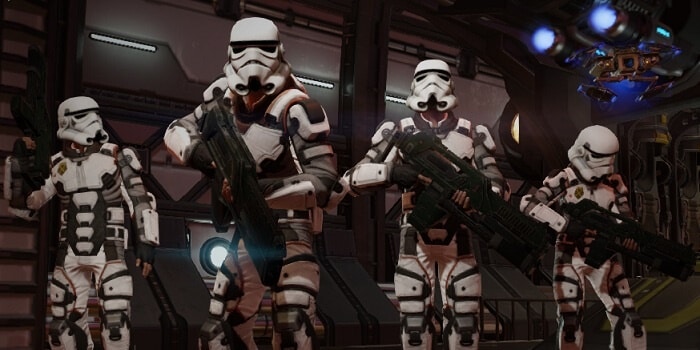 Could XCOM 2 be a better game than Star Wars Battlefront? Some people definitely think so. In an opinion piece for htxt, one gamer says why he thinks it is. First, he gives us some background into XCOM 2.

“XCOM 2 is the story of a group of rebels (XCOM) fighting against an oppressive regime (ADVENT). You get to control and lead a ragtag group of heroes using jerry-rigged weapons and technology to defeat the better armed and armoured bad guys. Oh, and there’s aliens.”

And then he says what he thinks about Star Wars Battlefront:

“Okay, hear me out. Star Wars: Battlefront is both a terrible Star Wars experience and a terrible videogame in general. Does it look like Star Wars? Hell yes, it’s eye-wateringly beautiful. And the sound assets? Absolutely superb.

But it doesn’t feel like Star Wars. It wears the façade of the franchise like a slick doppelgänger. Imagine if your parents were replaced with robots that could perfectly mimic them. They’d get the job done, sure, but deep inside you’d know they were soulless and cold.”

While we’ve been supporting Battlefront since the beginning, we do understand his point and the fact that many gamers and Star Wars fans share this same feeling. So what does he think it is about XCOM 2 that makes it better?

“It’s in XCOM’s battles and strategy elements that you are plunged into that desperate struggle the original trilogy made so appealing. That 50% accuracy shot that put your entire squad’s lives on the line, popping a few too many pods of enemies that leaves your small squad outnumbered and out-gunned. And, if you survive, you get to go back to a floating battleship and reverse engineer alien tech to build lasers and robots.”

I do admit, he makes a good case for XCOM, which already looks awesome, as you can see from the video below about new gear, weapons and more being added. So is it a better game? Well, it all depends on who you ask. I can agree that there are some elements of XCOM that will appeal to certain types of Star Wars fans a lot more strongly than Battlefront. Have you tried both games? What are your thoughts?

““Star Wars Stormtroopers? Lets get into this weeks Mod Armory! Everything from new Gear, Weapons, Gameplay Enhancements and customization Options.””

You can also learn more about it on the Steam Workshop where you can see the current Star Wars helmets being worked on.