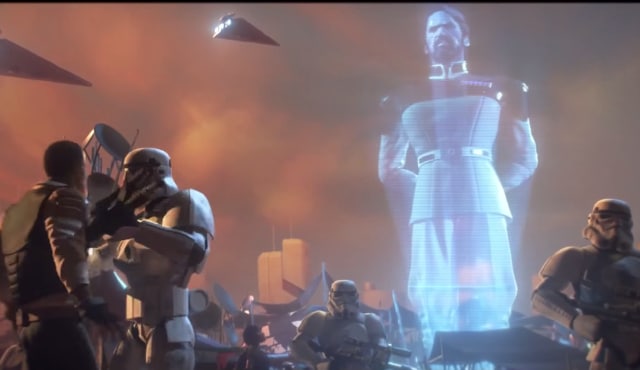 Star Wars: Uprising is a mobile game that will be hitting phones sometime later this year, and it could provide some hints as to what’s going on with the Empire and the Rebellion after the destruction of the second Death Star.

Check out the trailer:

It looks like someone has arisen in wake of the Emperor’s death to take the reins of the Empire and try to regain some control over the worlds that may have thought about rebelling after the Battle of Endor.

Could this provide some background for The Force Awakens? Or will these events have gone and been forgotten in the few years right after Episode VI? There’s really no way to tell. We don’t even have gameplay footage yet.

It’s a nice-looking game, though, and there’s definitely potential for something cool. We’ll keep you posted on what we find out!