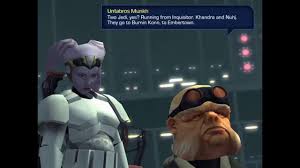 The two methods I know of to defeat the PPK (Light Side Lvl 85 Boss) are:

Both work fine (with skill, patience, and some luck). Just for kicks I’ve been testing other approaches. Obviously it takes a long time to test different abilities, so I thought I’d crowd source it. Please let me know if you’ve tried the abilities below and what the result was:

Any thoughts on those abilities against the PPK? I sort of like the idea of using the most basic ability (Diving Roll) against the hardest boss in the game, but diving out of the way everytime he fires his harpoon would take a lot more skill/luck than I have.