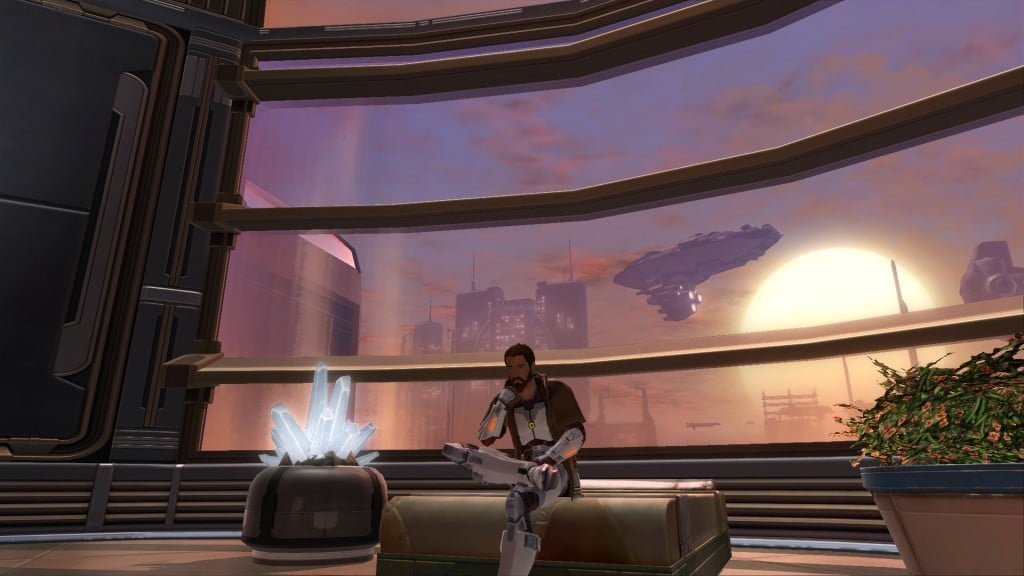 It took BioWare a while, but finally we get the emote all players have been waiting for in Star Wars: The old Republic – /chair – and guess what it makes you do… It makes you sit down in one of the many many chairs around the game. Together with this emote comes another emote : /sleep, that makes you… Yes you guessed it right.

Both emotes are on the Public test servers right now, and don’t seem to need unlocking, you just automatically have them unlocked!

It is an interesting way to allow players to sit in chairs without having to reprogram stuff. While it’s not the ideal solution… I like it. Check them both out in the video below:

Since it’s a generic emote and you’re not actually sitting on a chair/couch, you also won’t ever get any closer than the lip of the seat due to clipping, and if the space you’re trying to sit on isn’t at the same level as your buns, there’ll be a gap of space between you and the seat, but all things considered, it’s a good work around.