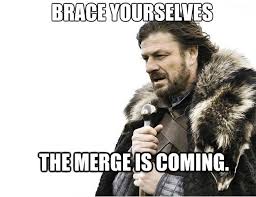 SWTOR Game Producer Keith Kanneg, took on the forums to update the community on the forthcoming Server Mergers:

Today’s maintenance was part of the United Forces effort!

We have completed the upgrade of the Game Servers along with all their supporting infrastructure in the Data Centers. We made a large investment of new hardware and software and one of our primary goals was to substantially reduce our footprint while improving our overall server capacity. During our evaluation of the new servers, we determined we could also combine our North American datacenters. That also occurred today and we have officially moved out of our West Coast location. Our testing showed no impact on the gameplay experience, but we expect some of you playing on formerly West Coast servers may see higher ping times. We’ll use the next two weeks to smooth out any kinks and resolve any performance issues encountered.

You’ll see the same Servers today that you saw yesterday. They’re just running on new hardware and, some, in different locations. As announced previously the move to the five (5) new Servers will be on Wednesday, November 8, 2017. At that time all Game Servers and the SWTOR website will be down for up to 12 hours. We’ll let you know the actual start time a few days before.

Report any specific issues you encounter to Customer Service as we’ve established an escalation process for critical issues. Please be a bit patient with us over the coming weeks as we unite players from a variety of servers and try to make this a smooth and painless process for everyone.