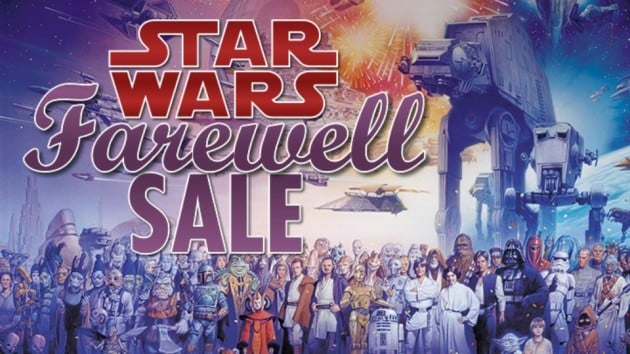 It was bound to happen eventually, but the time has come. Star Wars’ time under comic book publisher Dark Horse will be coming to an end in just four days time. The publisher has been in control of the license ever since 1991, but its contract will expire on Jan. 1 when Disney starts their own line of comics through Marvel.

Therefor Dark Horse Comics is offering a pretty killer deal for those who want to have every Star Wars comic published by the company. You can now get the full digital Star Wars collection for $300, which represents an 80% discount off the cover price.

December 26, MILWAUKIE, OR—Dark Horse Comics is sending its Star Wars comics off with a very exclusive limited offer for its digital-comics readers . . .

For the final five days of 2014, Dark Horse is offering all digital Star Wars comics at 50% off. Or pick up the Farewell MegaBundle that includes every single Star Wars comic published for the ultralow price of only $300—over 28,353 pages of Star Wars goodness!

As the end of an era closes, we say a fond farewell to Star Wars. The Wookiees will be missed, and bounty hunters will be sad. But take heart, young Jedi, for in these last few days, you can seal in carbonite the entire Dark Horse Digital library of Star Wars. Get every comic, every panel, and every battle in perfect digital format in your collection. Access via the Cloud City whenever you want. Many of these comics may never be in print again, and this is your chance to get over twenty years of Star Wars comics history at a once-in-a-lifetime price.

This digital sale will begin at midnight (PST), Friday, December 26, and runs through 11:00 p.m. (PST), Wednesday, December 31. Get the Star Wars Farewell MegaBundle before it is gone like the Death Star. Please note: all Star Wars comics purchased before 1/1/2015 will remain in your digital collection. 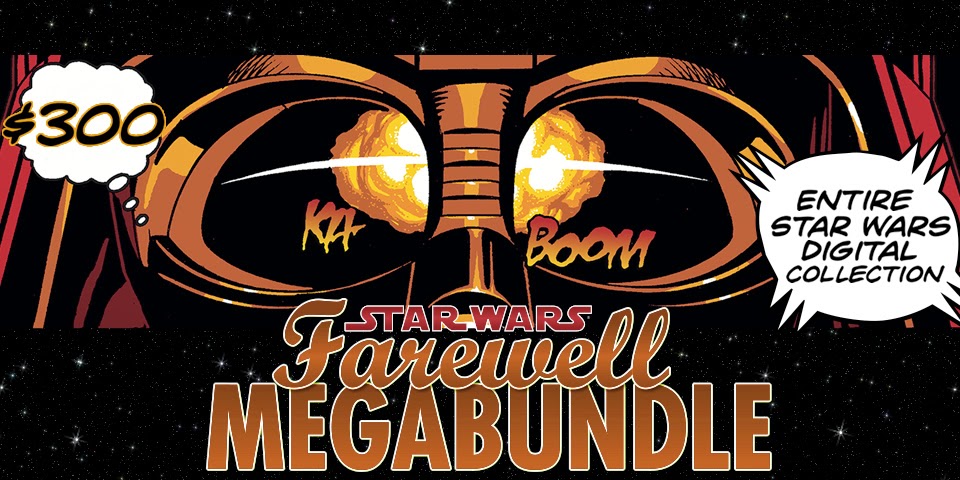