There are too many pirates and ninjas roaming the Interwebs for my liking, so  it makes sense to examine specifically why Jedi Knights pwn both Ninjas and Pirates.

1. Ninjas and Pirates have to at least break a sweat to disarm each other.  A Jedi Knight just has to think it and you’re screwed.

2. Ninjas may use stealth, but Jedi Knights can use the Force to make you freakin’ forget they were even there.  In fact, with just a wave of a Jedi’s hand, you might end up finding yourself rocking back and forth outside a 7-11 while drooling profusely.

3. Seriously, can you name a ninja or pirate that is able to take out Sith Lord like Darth Maul, or a giant beast like the Rancor?  I didn’t think so…

4. A sword used by a Pirate or a Ninja can be broken.  Try and break a lightsaber.  Go on, bitch, try it.

5. Dress someone in a pirate or ninja suit and they look like they’re in costume.  Hand someone a lightsaber, and a cloak, and they look bad-ass.

6. Janitors prefer Jedi Knights because the lightsaber cauterizes wounds.  That means less clean up than what’s left over after a ninja and pirate go at it like a pair of retarded spider monkeys. 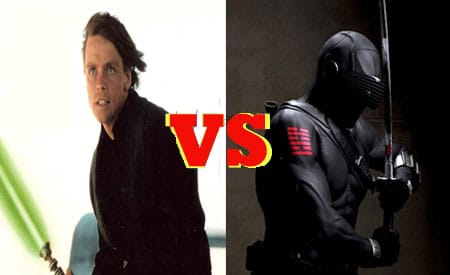 8. Jedi Knights can rub their eyes without poking them out, whereas a Pirate can not.

10. A ninja may try to sneak up on a Jedi, but a Jedi Knight can sense danger through the Force.  A Ninja doesn’t have a chance of using stealth.

11. Despite the talk of wookiees, durasteel, and midichlorians, you still have a better chance of understanding what a Jedi says, than what a Pirate says with all those ridiculous “arrr”‘s… 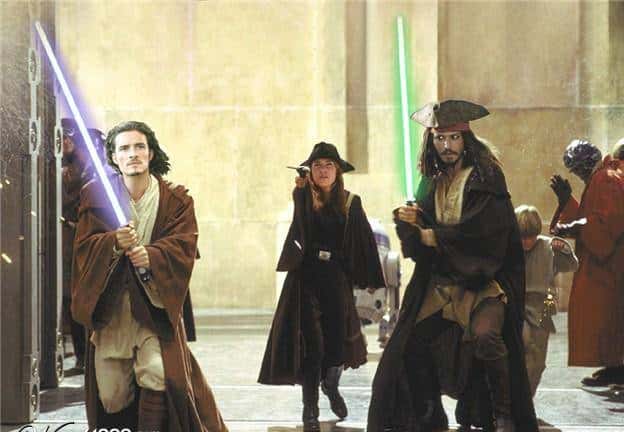 13. How many ninjas and pirates do you know of that achieve immortality in the form of ghostly spirits?  That’s right, not only can Yoda kick your sorry ass, he can also haunt your sorry ass for the rest of your life.

14. If a Jedi loses a limb, they get a robotic replacement.  Pirates just get a wooden stump that somebody ripped off from a rocking chair.  The last ninja who lost a limb is still stuck in the tree he was hiding in because he can’t climb down.

15. Some might argue that Pirates get the wenches; but people forget that there can be some ‘creative’ uses for a “Jedi Mind Trick”.  You really don’t think Yoda reached 900 years of age without getting lucky, right? 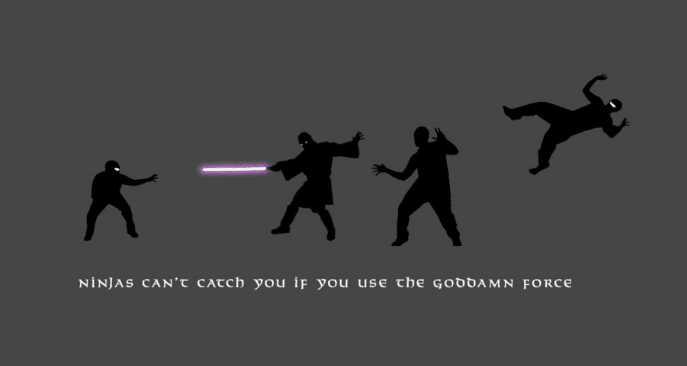