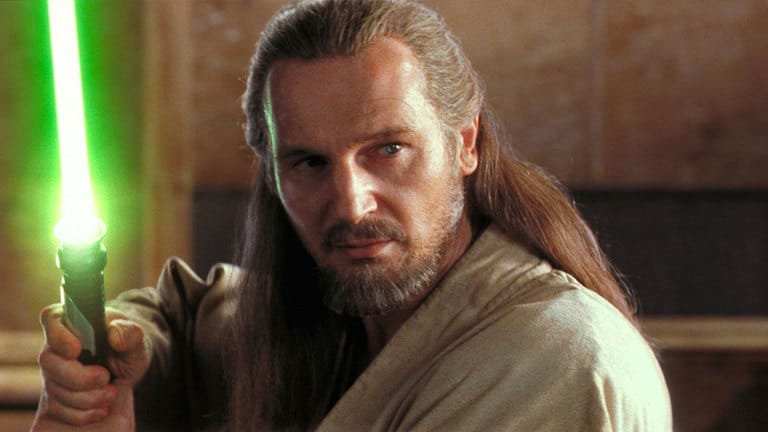 Although Liam Neeson would apparently be happy to reprise his Star Wars role as Qui-Gon Jinn, he has not been asked to appear in the upcoming Episode VII. In a recent interview, the actor said he would be happy to slip back into the iconic Star Wars character if needed, and that he certainly wouldn’t want someone else to pick up the role. He also admitted though that he knew nothing about the story to be featured by Episode VII, but he suspected it was built around a different generation of characters, one that his own came well before. Given the flexibility of the Star Wars universe however, and the way it can be expanded, there’s little the producers couldn’t pull off if they wanted to in a way that would fit perfectly into the lore. If they wanted Neeson back in the movie, they could bring him back as a Force Ghost for instance. That is pure speculation though.

The cast of Episode VII is already jam-packed with top-notch talent like Oscar-winning Lupita Nyong’o and Gwendoline Christie of “Game of Thrones” fame. Kenny Baker is back too, together with Anthony Daniels and Peter Mayhew.

Fans of the Series and the games would probably love to see Neeson back as Qui-Gon Jinn. Even though it has been announced that Star Wars: Battlefront, the game DICE are currently working on, wouldn’t be directly tied in with the events depicted in Episode VII, there would be certain links to the new movie, so whatever happens over there, may in fact appear in some way in the game as well. Thusly, a Qui-Gon Jinn cameo might theoretically finds its way into Battlefront too. The bottom line: Neeson is down with the idea, so it’s really up to the producers of Episode VII to give the man a call.