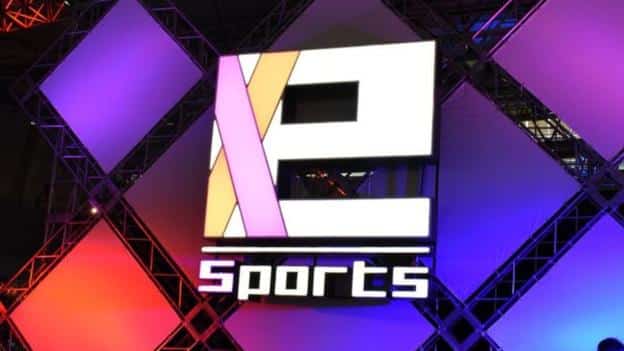 The esports industry is a lucrative sector which is estimated to be worth $1.5 billion by 2020. And while it feels as though it’s only just started to make an impact around the world, it’s been around for quite a while. Yet, many people have heard the term without fully understanding its proper definition.

This esports guide will provide you with more information about this emerging phenomenon. In short, esports are video games played by individuals or teams where there’s competition, resulting in a winner and loser. The games played can vary and include first-person shooters and real-time strategy titles.

Often, during esport events, behind the players, a crowd of cheering fans and punters eagerly watch esports in action. Whether forming part of the tournament, audience or group of punters, these people are the backbone of where the industry is today and where it’s heading in the (very near) future!

The History of Esports

Esports, as they’re known today, started back in the early 21st century, however, the precursors to esports were being played over 25 years earlier. The Intergalactic Spacewar Olympics, organised in 1972 at Stamford University, are in fact considered to be the first proper examples of an esports tournament.

Eight years later, in 1980, Atari organised the first Space Invaders Championships which, with over 10,000 players, was a massive success.

By the turn of the century, avid video gamers were getting more acquainted with such events. The Major League Gaming event, held in New York, and broadcast on national TV in the US made the possibility of watching esports live easier, resulting in thousands following similar events and championships. In this competition, players challenged each other on Halo 2, a game series which is still very popular today.

As time progressed more game developers, sponsors, players, and other stakeholders began taking a keen interest in the esports industry. The age of the Internet helped expand its growth and reach across the world, and with a growing number of annual championships, the esports world is set to continue growing in the years to come.

You can find a detailed schedule of all the upcoming events and see the live broadcast on esportsguide.com.

Are Esports a Type of Sport?

A recurring question put to the industry’s stakeholders is whether esports are the same as traditional sports. At first glance, the idea that a video game could be considered a sport might sound ludicrous, however, esports are much more similar to traditional sports than one might imagine.

The biggest challenge to esport players is trying to justify their activity as professional. Many argue that because there’s no athletic ability, it automatically negates players as being proper sportspersons. In fact, players some of the most intense competitions necessitate an excellent eye and finger coordination to ensure and maintain full concentration.

And being able to remain calm under pressure for the duration of a game – which could very well last 45 minutes or longer – is no easy mission. Whilst the physical exertion might not be major when compared to energy used in traditional sport, the mental aptitude of each player is certainly worthy of an athlete.

A major step to help the mainstream public accept esports as a traditional sport came when Olympic Games officials began studying the possibility of introducing esports as an Olympic event.

Unofficially, this already happened in the 2018 Winter Olympics, where esports were used to warm up the official games; where fans were able to watch esports live and cheer on their favourite team.

Events and Games that Make it All Happen

No esports guide would be complete without information about some of the biggest events out there, and of course, this includes some of the most popular games today.

So let’s start with the events. The International is, by far, the biggest competition in the industry, with prize pools reaching over $25 million in 2018. For the past five years, this competition welcomed an average of 16 international teams to compete on DotA 2 and offered participants the highest prize pool.

The second biggest industry event is the League of Legends World Championship. With prize pools running into the high single million digits. Undoubtedly, it’s an event which attracts its fair share of attention. Fans who watch esports live get to enjoy between 16 and 24 teams battling out on the League of Legends platform.

Other events are relatively smaller but still offer prize pools in the millions of dollars. Such esports live events are ongoing throughout the year and are broadcast across the globe.

When it comes to the most popular esports game, none come closer to Counter-Strike Global Offensive. This game is played in just under 4,000 tournaments, with over 10,000 players competing to be the winner. Over $69 million have been won by those playing CS:GO in esports tournaments.

DotA 2, on the other hand, maintains the record for most accumulated rewards, with over $174 million being awarded throughout over 1,000 global tournaments. League of Legends, StarCraft II and Fortnite are also highly popular, with over $113 million being won throughout thousands of championships.

All these games offer players, and fans alike the opportunity to experience a thrilling adventure, with surprises and intense action around every corner. Those who watch esports admit that there’s really nothing quite as exciting.

You can now enjoy watching all your favourite esport live events from across the globe by checking out esportsguide.com today!