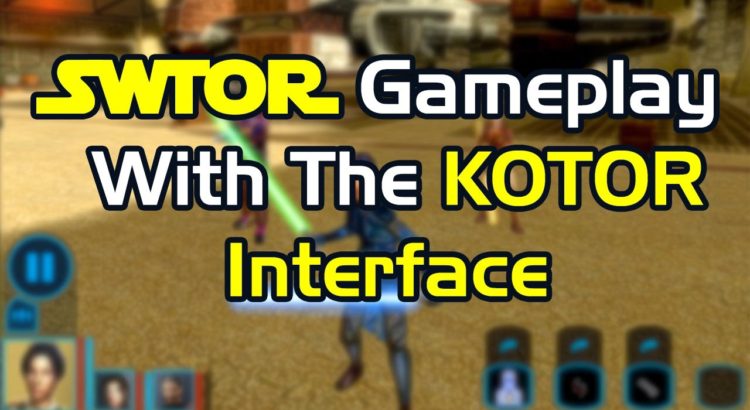 If you loved KOTOR and you’re currently playing SWTOR, have you ever wondered what it would be like to play SWTOR with the KOTOR interface? Well, now someone on the internet is going to make it possible for you. Or at least, they will make it possible for you to see what it’s like to play the game with the KOTOR interface – you can decide if you want to do it, too. Everything isn’t going to line up perfectly, of course, because the skills are different in the different games. That said, he’s able to get it really close and if you like the way it looks, you’ll want to check out his video that shows you how to do it.

On request by Kid Lee, he’s playing the game with the KOTOR interface. The video is a bit over 10 minutes long and it shows you what it looks like when running the interface for KOTOR. You can see what it looks like in combat, and get a feel for how it would play. This will help you decide if you wanted to do it for yourself. As he explains in the video, you have to use just the core abilities with this interface, because some things are just not going to work from one game to the other.

He also made a video to tell you how it made it. There are some things from the original KOTOR that you just can’t duplicate in SWTOR, as we mentioned above, but he does get it really close. So go ahead and watch the video below and see what you think.