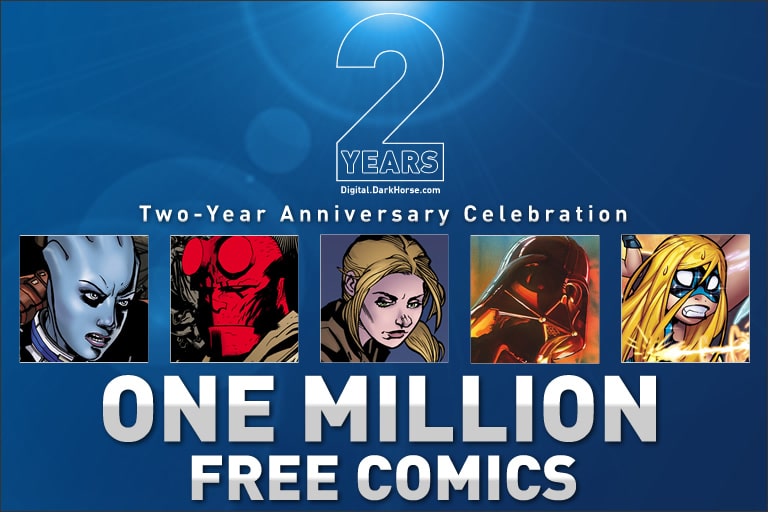 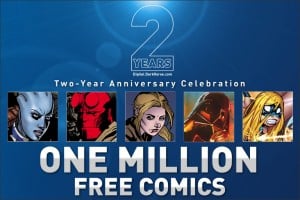 Do you love free comics? As part of their two-year-anniversary promotion, Dark Horse Comics gave away 1 million free comics. How awesome is that?

Were you able to snag some of these free comics for yourself? If so, we want to hear about it. What titles did you get?

As they state on their blog, “As part of the celebration of the second year of the company’s digital initiative and proprietary storefront, fifty free single-issue comics were made available for only forty-eight hours. In that time, thousands of fans took advantage of the offer and downloaded their favorite Dark Horse titles, to the tune of a million copies!””

This is really a fantastic example of the growing interest in digital comics as a new way to enjoy some classic comics and new releases alike. If you’re new to digital comics, you will have to try it out for yourself. While nothing quite beats the feel and smell of a nice paper comic right in your hands, digital comics allow you to read your favorites wherever you are.

You can download to your computer or favorite portable device and have them whenever and wherever you want them. Another benefit to digital comics is that you don’t have to worry about them becoming damaged or lost.

If you love Star Wars comics, you’ll be happy to know they have a great selection.

There are many great Star Wars titles: http://www.darkhorse.com/StarWars/Comics

Here are a few comics related to SWTOR (The Lost Sons and Blood of the Empire Series):

So did you manage to get any free digital comics for the 2-year anniversary? Do you read comics on a digital device?