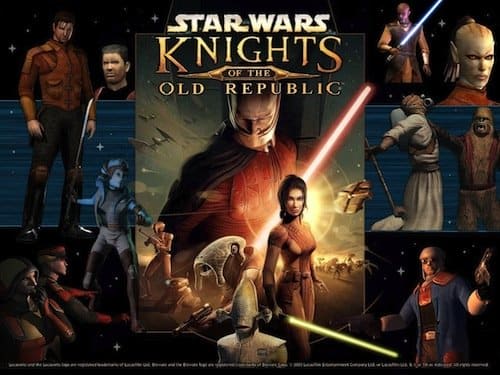 Star Wars: Knights of the Old Republic  can now be acquired now from Apple’s App Store for a penny shy of seven pounds. That’s expensive for an app, but gets you the entire game, and many hours of gameplay. If you haven’t already played it, you should definitely get it now. You can also get the game for the low price of $9.99 for the Steam version.  The game itself is a turn-based role-playing game that drops you into the Old Republic

Because the iPad has no physical controls, developer Aspyr has bolted on some touch controls, that see you dragging your finger around the screen to make your character run around.

Gaming site IGN has reviewed the game already and says that the movement controls are a little clunky, though because combat involves tapping on-screen buttons to key up attacks, the action sequences work well with the touchscreen.

The bad news is that Apple’s site says you’ll need an iPad running iOS 6 or later, which means the company’s original tablet, released back in 2010, is not supported.

The download itself is a hearty 1.98GB, so you may have to make some space on your iPad before beginning the download.

Will you give the game a try? Which other classic games would suit an iPad conversion? Let me know in the comments.