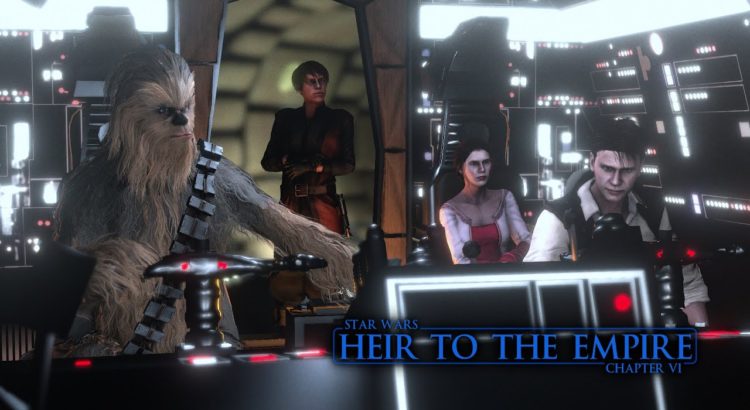 Chapter 6 of Heir to the Empire, by Timothy Zahn. Adapted into a short fanfilm.

Here’s a new one from DarthAngelus and it’s a very fun short. If you’ve seen previous chapters, then you can also note that the voice acting/sound quality and the animation has really come along, too.

What’s this one about?

“I like markets. I like them very much.” >> That line got me! This short film really captures Han being well.. Han!

I can’t wait to see what happens next…