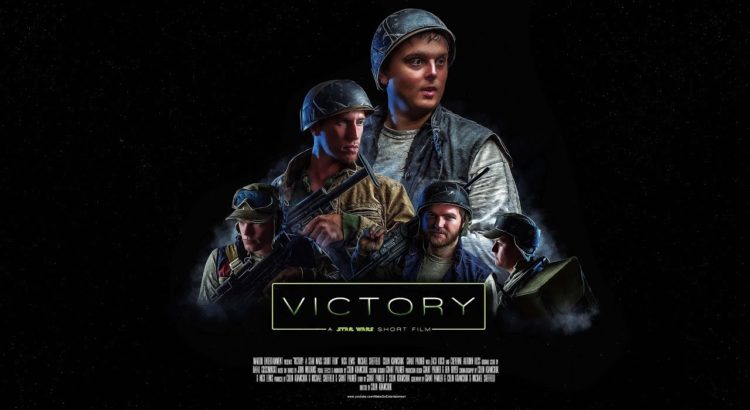 If you’re a regular reader here, you already know how I feel about Star Wars fan films. I believe the Star Wars fanbase has some of the best, most creative, most talented fans around and they really showcase this with the many wonderful films they produce. Now we have one more to add to the list. Here’s a war movie with a Star Wars theme that is well worth your time to watch. It’s under 20 minutes so it’s great for watching during a work break, or to wind down at the end of the day. It’s very well done and I think you’ll enjoy it as much as we do.

After their base is attacked, a small group of Rebel soldiers takes cover in a nearby forest. There, they must try and survive as they come under attack from nearby sniper fire.

It has beautiful cinematography, great editing, color grade, props, and cool visual effects, making it one of the most professional-grade fan films I’ve seen in a while. It has more of a gritty feel to it than some, which is very fitting to the tone of the short film. I really want to see more from MakeDo Entertainment, so here’s hoping they do more beyond this debut Star Wars film. If you love it, too, go by and leave them a great comment telling them what you think. I know I’d be willing to watch anything Star Wars they put out.

This film was written, shot, and completed over the course of seven months, with a crew of five.