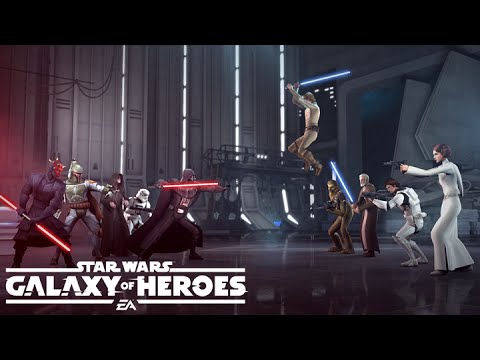 The Artist of War returns and introduces the first 7-Star Capital Ship to the Galaxy of Heroes. In our first ever Legendary Ship Event, band together with the heroes of Rebels(TM) and other pilots from the Rebellion to meet this Imperial challenge in Lothal space and earn blueprints of the Chimaera!

Can you emerge victorious once more against Grand Admiral Thrawn?

Please enjoy the new achievements that have been added to further celebrate your mastery of your fleet.
Achievements:
Home One

Bolster your forces and prepare for Chimaera with double drops on Ghost and Phantom II! Earn extra shards for the Ghost and Phantom II from Ship nodes from 10/07/2017 to 10/09/2017
PHOENIX SQUAD GETS ZETA-ED
Our Phoenix Squadron rises from the ashes stronger and with new abilities! Check out your Phoenix Squadron characters and review their new Zeta ability upgrades via the Character Strategy post <<HERE>>.

Phoenix Marquee Bundle Reactivation
With the resurgence of the Artist of War, our Phoenix Squadron heroes must be ready! Power up your Squad with bundles for Kanan, Hera, Chopper, Sabine, Ezra, and Zeb which will be active from 10/05/2017 until 10/15/2017. These are reactivations of our previous Marquee bundles; so any previously purchased bundles will not appear for you.

BONUS SHARD CARD – 1 of the following:

WHAT’S AHEAD
Nightsisters get us into the spirit of October.