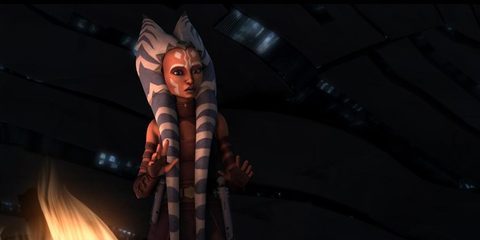 We are getting a new Star Wars novel and this one tells us what has happened to Ahsoka Tano after she left the Jedi Order in The Clone Wars and also how s he became Fulcrum. The novel is by E.K. Johnston from Disney-Lucasfilm Press and more details will be released in the coming months but for now, it’s great news that this novel is in the works.

Ahsoka Tano, fan favorite character from Star Wars: The Clone Wars and Star Wars Rebels, will be the star of her own young adult novel from Disney Lucasfilm Press this October 11, 2016! Fans have long wondered what happened to Ahsoka after she left the Jedi Order near the end of the Clone Wars, and before she re-appeared as the mysterious Rebel operative Fulcrum in Rebels. Finally, her story will begin to be told. Following her experiences with the Jedi and the devastation of Order 66, Ahsoka is unsure she can be part of a larger whole ever again. But her desire to fight the evils of the Empire and protect those who need it will lead her right to Bail Organa, and the Rebel Alliance….

How exciting is that? This is a character that I personally loved and I’ve been itching to find out what happened to her after The Clone Wars and I think they have a wonderful writer on the story and I can’t wait to learn more about it and of course, to read it. What do you think?