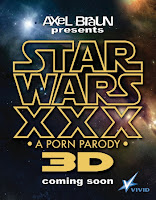 First a few words about your self. How long have you worked in the industry, favourite projects etc.
My stage name is Eli Cross. I’ve been in the adult industry for 21 years. I first ran the Castle Megastore in Arizona during it’s first expansion. Then, I was the editor of several adult magazines and I ran AVN, the adult industry trade mag, for 5 years. I’ve directed several big projects, but the three I’m proudest of are “Corruption” and “Upload” for SexZ Pictures, both of which won awards for Best Video Feature and Best Director, and “Kiss of the Strangler,” for Hot VIdeo. 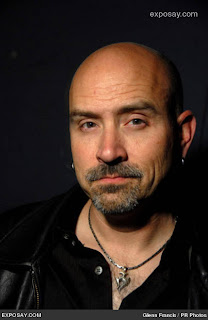 What was your job on the movie?

I wrote the script, produced the movie, oversaw set construction along with Kylie Ireland, the production designer, shot the movie, played Grand Moff Tarkin, and I am currently editing it.
What’s your personal relationship with star wars
Star Wars was a seminal moment for me. I was there, at the Cine Capri theater, on May 25th, 1977. I was nine years old, and in that moment, when the star destroyer follows the Tantive IV across the screen, I knew that I wanted to make movies, be in the film business. I had never seen anything like ti before, and I wanted to be a part of that.
What did you do to keep the movie true to Star Wars?
Star Wars XXX is very much a parody, but a loving one. Our universe is similar to that of Star Wars, but our characters are very broadly drawn caricatures of the actual characters in Star Wars. Our Obi-Wan, for example, is a tired old drunkard who gets saddled with a whiny young Luke Skywalker, but doesn’t particularly want him. Also, in our universe, the force doesn’t quite work. It’s an interesting, funny take. 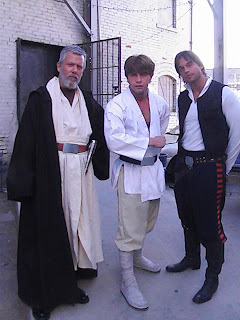 How do you think Star Wars fans will react to the movie?