“Did you see that image on reddit?” I starred in disbelief at my friend. Over half of reddit are just images.
“Why don’t you be more specific? Describe the image. Tell me what sub-reddit it’s on.”
“It was posted on /r/wow. It compared the sith Juggernaut and Warrior class. They’re the same thing!”
I looked at my friend with a raised eye brow. I knew where this conversation was headed. 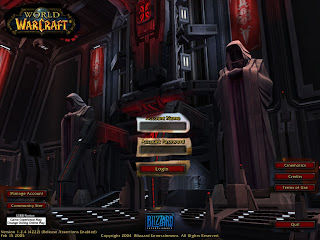 Welcome back to Intergalactic Intel! I feel like it’s time to address the elephant in the room. World of Warcaft’s influence on Star Wars: The Old Republic. This is going to be a long blog post, over two weeks.The idea of this blog is to not have a clear cut, “X is better than Y”. It’s to show the differences between the two games. So let’s get to it.

Abilities:
People claim that almost all of the abilities in SWTOR have equivalents in World of Warcraft. While this is true, many of Wow’s abilities have been taken from other games, not even of the MMO genre.

For example the mage ability Mirror image is based off Mirror image from dungeons and dragons that Wizards, and other arcane spell casters can learn. Heroic Leap and Force leap are virtually the same ability, but doesn’t give either game ownership of it. I believe these gentlemen can explain exactly what I’m talking about.

Combat:
Combat is the exact same, except clunky. This is been said so much throughout my journey through various websites and forums. While the overall feel of the game is very much the same, the fine points of the combat system are incredibly different.

When “hit capped” in SWTOR any extra accuracy or hit you earn, reduces the opponents chance to dodge, parry or block your abilities. Creating a psuedo expertise out of a single needed stat.

Damage is calculated vastly differently for pvp situations, then how pve situations are. Damage can be increased, decreased and even healing spells can be increase through stats only found on pvp gear which makes a clear cut difference in The Old Republic.

I only want to cover these few points. More will come next week, most defiantly, but for now we’ll let these thoughts stew, before the conversation and analysis continues. Until next time may the force be with you.