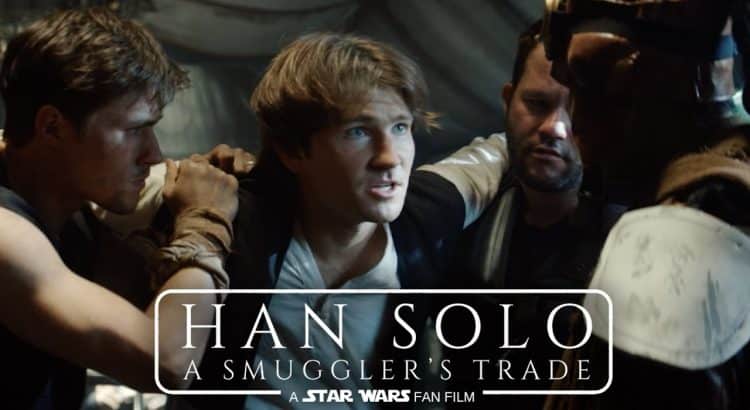 You know how I love the fan films and since I just saw Rogue One this week, I have been hungry for more Star Wars video. Fan films and shorts are a great way to get your fix while you await the next official films. Honestly, it’s more than a guilty pleasure because some of these fan-made films hold their own against the official films. So I stumbled across this one and as a fan of Han Solo (who isn’t?), I really enjoyed it. It comes in under 15 minutes so it won’t take up a lot of your day to give it a watch and it keeps with the feel and personality of Solo that we all know and love. There’s not a lot of actors who could pull off Han Solo so well but this one definitely is impressive. He has the look, the attitude, and the entire Solo vibe going on.

The quality of the film-making is top-notch as well. Basically, it’s a good looking film, it has a great story, the acting is great and the story brings you in. It’s done for fun in the spirit of Star Wars and honestly, I think they did a fantastic job. Solo’s here to settle a trade and get his wookie back. Will he pull it off? You’ll have to watch to see the conclusion for yourself but it won’t disappoint.

Star Wars fans and filmmakers joined together to celebrate the galaxy’s favorite Corellian smuggler! Han Solo sets out on a new adventure in this Star Wars fan film! Check it out: