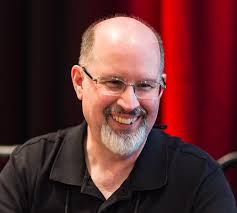 Reddit is known for its AMAs (ask me anything). These sessions can be fun and interesting, all depending on who is getting asked the questions. There was an interesting one recently with Timothy Zahn, Star Wars novelist and author of Blackcollar.

While this AMA didn’t specifically address SWTOR, there were some very interesting points brought up, especially about story and lore and if you have not seen it yet, we suggest you head over and give it a read. Here are some snippets:

Hey Mr. Zahn! HUGE fan of your work. A lot of my love for Star Wars stems from your work. But I have to ask, how do you feel about Lucasfilm declaring most expanded universe works (i.e. your works) as “non-canon”?

I wasn’t going to address this topic. But since so many of you have asked:

What the “non-canon” announcement by LFL means is that they aren’t going to be bound by the Expanded Universe books, comics, and games as they plan their new movies. Realistically, that’s something they had to do — the EU is just too big, complicated, and occasionally contradictory for them to have to deal with.

However, I’m guessing that EU stories that aren’t referenced (or contradicted) by the sequel movies will still be considered sort-of alive, in the same way that most Clone Wars-era stories (like Outbound Flight) were mostly unaffected, with the exception being all of the previous material on Boba Fett’s backstory.

Alternatively, if the new movies do contradict my books in some way, I can probably come up with some hand-waving story that will explain the apparent discrepancy. If there’s one thing we authors are good at, it’s hand-waving.

Interesting view that many will understand. When it comes to canon and story in general of something as popular as Star Wars, you just have to expect that there will be some discrepancies along the way and that some writers will take some creative freedoms with their stories. So let’s look at another topic that was brought up.

Q. I love the Thrawn Trilogy and I read it once or twice a year. My question is when VII was announced, did you think they would use your books as the source?

A. I didn’t really think they would do the Thrawn Trilogy — the actors are far beyond the ages the characters were in the books.

Still, just because the movies won’t be based on the EU doesn’t mean they won’t borrow an element or two. Case in point: Coruscant was my name for the Imperial Center planet that George Lucas had invented; and the idea of catching Force lightning on a lightsaber blade was one of mine.

So maybe there’ll be bits and pieces showing up in the sequels. Keep your fingers crossed.

He also had some thoughts about certain character deaths (could be spoilers) and a discussion on how Grand Admiral Thrawn would have defeated the Yuuzhan Vong and some other interesting questions about how he creates his characters.

All in all, it was a very interesting AMA and as we said, if you have not read it yet you should head over and check it out.

Who would YOU like to see do an AMA?