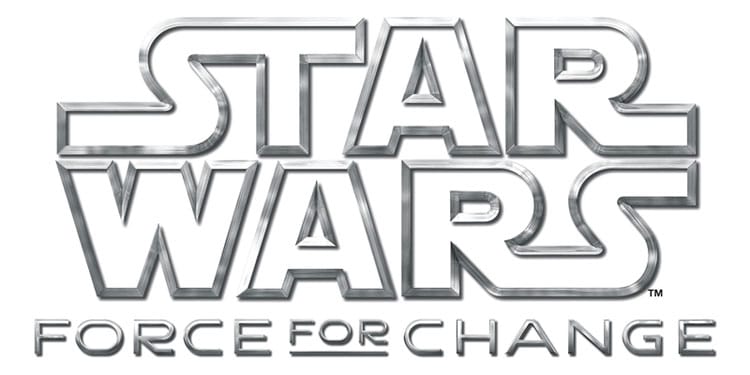 In an incredible show of the power of the Force, the global Star Wars community raised $4,261,410 for UNICEF to impact the lives of children around the world. Thank you!

From the press release announcing the winner:

With an exciting initiative that offered a chance to win unique rewards and prizes, including a once-in-a-lifetime grand prize, Star Wars: Force for Change raised $4,261,410 USD for the United Nations Children’s Fund (UNICEF). Contributions were received via fundraising platform Omaze from citizens of 125 countries and enough money was raised to support the equivalent of 7-8 new UNICEF Innovation Labs.

The grand-prize winner was D.C. Barns of Denver Colorado, who shared during a donor video chat that the first time he saw Star Wars when it opened in theaters in 1977, when he was only five. “I loved it! … I just couldn’t get it out of my head of 35 years.” D.C. was then asked to share his favorite Star Wars moment. As he began to reply, he was suddenly surprised in his Denver office by members of Star Wars: Force for Change team. Once settled, D.C. exclaimed, “This! This is my new favorite Star Wars moment!”

D.C. will enjoy a trip to London for himself and a guest, a behind-the-scenes visit to the Star Wars set, and will be fitted with a costume and filmed for a scene in Star Wars: Episode Vll.

UNICEF’s current network of 14 Innovation Labs help create sustainable solutions to critical issues facing children around the world in the areas of nutrition, water, health, and education. The funds raised through Star Wars: Force for Change will impact the lives of children around the world, through projects like MobiStation, a portable, solar-powered educational kit to ensure children have access to quality learning anywhere, and Rapid FTR (Family Tracing and Reunification), a mobile phone application that helps reunite separated and unaccompanied children with their families in natural disasters.

Disney committed an additional US $1 million to support the launch of Star Wars: Force for Change. Star Wars continues to inspire generations of dreamers and doers to use their creativity to accomplish great things. Star Wars and Lucasfilm were built on the belief that in uniting creativity with innovation, you can make the impossible possible.

Visit StarWars.com/ForceForChange to learn more about this charitable initiative and the work of UNICEF’s Innovation Labs and programs.