BioWare almost had us yesterday as they updated there Facebook profile with a new Screenshot. We diden’t get the week days wrong though, but BioWare treated us to a new screenshot as they hit 400.000 fans on the page.

Today is a normal Wednesday though and a new screenshot awaits us. Todays screenshot is from inside an Imperial space station: 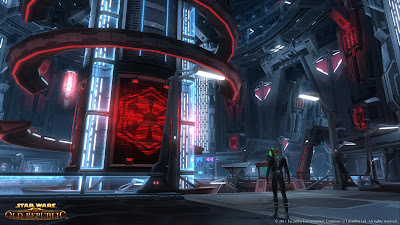 A large space station in the midst of the Imperial Fleet serves as a hub for transportation and a trading center for Imperial forces as they travel the galaxy.