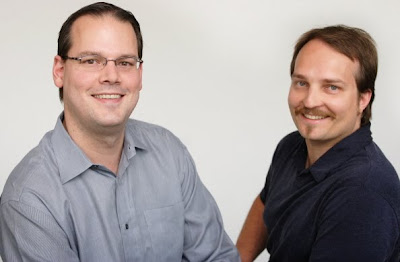 BioWare is a company that’s known for its big titles, like Neverwinter Nights, Mass Effect, Star Wars: Knights of the Old Republic, and Dragon Age. The one thing all these have in common is their size; in terms of length, depth, and scope, BioWare adventures and RPGs are all epic. But BioWare co-founder Dr. Greg Zeschuk says the company is currently working on a small-scale MMO and is looking at titles for non-console platforms.

Dr. Greg Zeschuk was on stage at this year’s Develop Conference in Brighton yesterday, providing wisdom culled from over 15 years in the development trenches at the top-tier developer. Over the course of the keynote, Zeschuk warned against new developers aiming to create blockbusters, stating “Striving to do triple-A console development right now is the wrong goal for most developers.” Zeschuk also spoke of the drastic changes that come with success, noting that BioWare has had a tough time adapting to being a part of EA after the publisher bought them out, stating “”It probably took us a year to learn how to interact. Three years later we’re still getting used to some of it.””

One lesson BioWare has for the publishing side is for the big companies to acknowledge the difficulty of developers to work through crunch periods noting that BioWare has struggled with the end-of-development cycle rush and stating “The most fundamental thing you can do is trust the responsibility of a group and allow them to make their own decisions.”

Zeschuk also told Eurogamer that “The future isn’t necessarily on console,” BioWare co-founder Dr. Greg Zeschuk tells Eurogamer. “That’s the past. It’s going to be a strong thing going forward, but the future is in all of these new businesses that are starting up.”

Businesses like…? “We want to expand because, you look at what kids are playing on. Kids are playing on iPhones and iPads. The 3DS looks pretty amazing. All these platform options, we want to be touching on all those”.

“Really, it’s about online. We’re obviously working on Star Wars: The Old Republic, a big MMO. But we’re working on smaller MMO-type games across the group – things all over the space,” says Zeschuk.

Below is BBC’s interview with Dr. Greg Zeschuk: