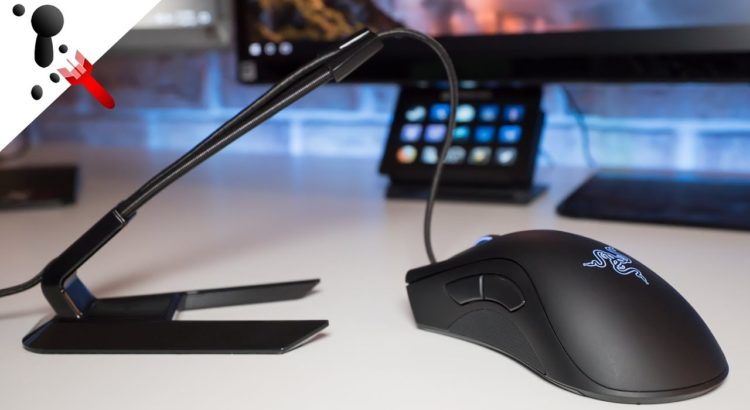 Gamers understand that having the right gaming set up is essential for ensuring comfortable playing for hours at a time. Being able to sit at your computer and move around with ease is critical for avoiding wrist injuries and the frustration of when the cord seems to snag on things it should not snag on. Making sure that you have a mouse bungee is a cheap, easy way to making sure that your gaming set up is perfectly able to keep you feeling comfortable throughout game play.

What are Some Problems Gamers without Mouse Bungees Experience?

The biggest problem that gamers who lack mouse bungees come across is the snagging of the cord. Despite your best efforts, gravity works to keep the mouse cord falling behind the desk or going to its lowest point. This is where snags are caused, and they are especially frustrating to gamers because the snag does not allow the mouse to move freely. Instead, during critical moments in gaming, gamers have to lift and shake the mouse in order to move it around. This is insanely frustrating and often causes gamers to go to less reliable wireless mice.

Another issue gamers have is then the cord is too loose. This is when you move the cord so far in front of the computer that the mouse ends up rolling over the cord. For gamers, this is frustrating because rolling over the cord makes the mouse performance uneven and wobbly. You’ll have to life the mouse the same way you would if you had a snag. Inevitably, gamers get so frustrated by the excess cord they move it behind the computer, which starts the snagging problem all over again.

Finally, gamers who go to wireless mice always have to deal with performance issues. Because the wireless mouse does not have the same physical connection as a wired mouse, there is sometimes a lag between movements and clicks. Also, as the wireless mouse loses power from batteries, it becomes less responsive, which causes lots of other issues for gamers.

What is a Mouse Bungee?

A mouse bungee is basically a little platform that allows the mouse to have some slack while keeping the cord out of the way. The way the mouse bungee works is that it raises the cord up and funnels excess cord away from the surface of the desk where the mouse is engaged. Usually there is a larger platform providing stability for the handle that is holding the cord away from the mouse. One of the great things about a mouse bungee is that you can also use it as a USB hub, so you can plug the mouse into the bungee and keep other USB accessories close as well.

Why Do Gamers Prefer a Mouse Bungee?

The reason that gamers love a mouse bungee is because it frees them up to move the mouse around with minimal interference from the cord. This is a boon to gamers because they don’t have to worry about the mouse getting caught up in the desk or around the mouse pad area. Furthermore, the multi-functional nature of the mouse bungee allows these gamers to plug different accessories in without having to go behind the computer. The hub is perfect for giving gamers a bunch of different options.

Some folks may just prefer the mouse bungee without having the hub capability, and that depends on the different set up that you may have. The goal here is making sure that you select the right mouse bungee so that you get all the benefits of having the cord out of the way when you are gaming.

How Can I Select a Good Mouse Bungee?

Selecting a good mouse bungee is easy, the first thing you have to do is take a look at your set up. There are several considerations – and the first is the space on your desk. For some people, the mouse bungee might not alleviate problems if the desk doesn’t allow the mouse to have room to roam. You may need to reconfigure the desk or get a new desk if your keyboard, tower, and mouse are jammed up into a small area. Adding a mouse bungee to this space will not alleviate any problems already existing with a mouse.

Once you ascertain how the space is working, then you can think about the different types of mouse bungees that would succeed in this space. For a larger space, a great idea is having a mouse bungee that can double as a hub. This allows you to devote different USB resources to the area along with having the convenience of the cord not getting snagged. For smaller areas, a simple mouse bungee would be ideal instead of a bungee and a hub.

Finally, the last thing to think about is the construction of the mouse bungee. The key to having a successful mouse bungee is having one that is made with a wide, durable base. A mouse bungee made of light plastic won’t work, especially if you’re one that moves the mouse with a decent amount of strength. Get a mouse bungee with the center of gravity near the bottom, this allows you to ensure that your mouse bungee won’t move around as you move the mouse around.

Once you have found a mouse bungee that appears to have ticked all the boxes, it is time to get it set up. All you need to do is take it out of the box and then feed the cord through the mouse bungee.

For gamers, having a mouse bungee is something that should be on every desk. These tools are not very expensive, and they greatly improve the quality of gaming itself. With a proper mouse bungee, you will never have to worry about the cord snagging and having to shake the mouse to get it work correctly. Use mouse bungees to improve your gaming experience by purchasing them along with other gaming equipment.