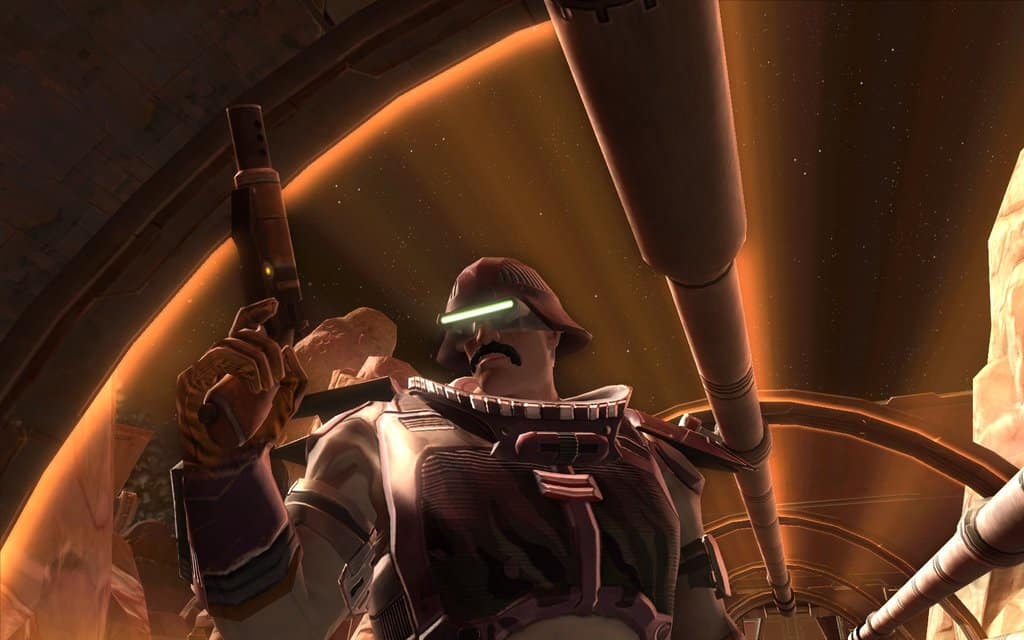 We’re not quite at the 1-year anniversary of SWTOR and there have been some major changes and additions to the game. While some will say SWTOR struggled after launch, others will say it’s actually a good thing to see a game grow so much in the first year. It shows the staff is willing to do what it takes to make a game the players enjoy. BioWare has asked for a lot of feedback from the players along the way and that feedback has gone into making the game what we see today.

One major development that has come from these changes is the new free to play model. Personally, if someone asked me if they should play a game and it’s free to play, I would always recommend just trying it to see for yourself. You won’t risk anything- just invest a little of your time.

But not everyone has the time to try every free game out there they show a mild interest in and the good news is, there are many players out there who have crafted some long, detailed reviews of where the game stands today to help you make your decisions. So if you’re asking “Should I play SWTOR”? here’s a bit more info.

SWTOR Commando has some opinions about the game, 10 months after launch. It’s long and very detailed but here is his summary section with highlights:

You should play SWTOR if you:
– like Star Wars or sci-fi settings in general
– enjoy traditional MMO combat
– like to take your sweet time progressing through an MMO and enjoy rolling alts
– enjoy getting immersed in the stories provided by NPCs and quests
– like to at least dabble in PvP and/or raiding
– don’t really care much about “fluff”
– don’t mind talking to other players, enjoy grouping up without being forced to

SWTOR probably isn’t the right game for you if you:
– only really want to play fantasy MMOs
– are bored of hotkey combat without action elements
– think that a good MMO starts at endgame
– dislike questing and talking to NPCs
– consider yourself a “first-chasing” hardcore raider or PvP player
– are a big fan of sandbox elements and mini-games in MMOs
– don’t want to interact with other players unless the game forces you to

To read more and learn his reasons for making this summary list, head on over to the full article at SWTOR Commando.

What would you tell people if they asked you if they should play SWTOR?