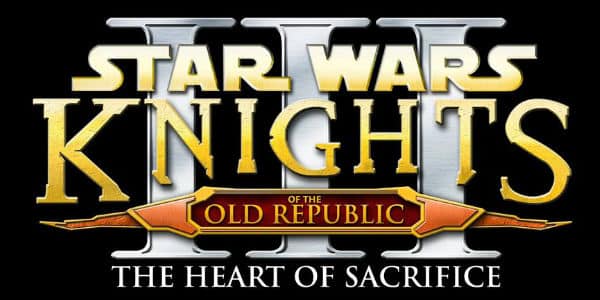 KOTOR is still today one of the most popular Star Wars games ever made and the irony of it is that when it was first announced, many people questioned the fact that Star Wars would make an RPG and that it would be any good. Imagine the surprise once fans got to check out this amazing game?

Sadly, many fans have waited for what seems like forever for a legit KOTOR 3 game. And now, thanks to a group called “Project Blacklight” it just might be possible.

I Am a Super Nerd tells us more about it:

These dedicated fans intend to use their inside sources to legitimately develop a REAL Knights of the Old Republic 3 game based on the original production plans and notes.

I had the chance to talk with Project Blacklight to determine if these guys were legit or not, and what I heard was quite promising.  We discussed everything from the original two plot lines for Knights of the Old Republic 3 to there cooperation with some of the original Knights of the Old Republic 3 creative team.  You can hear the entire conversation in our Super Nerd Special Report Podcast below or you can check out some of the highlights from our conversation.

What is Project Blacklight

Project black light is a drafting project meaning it’s the equivalent of any game in the pre-production phase.

We’ve established contacts in the Star Wars gaming industry and the hope is that once our draft is done they will help us get the game pitched . . . it’s supposed to be the third [Knights of the Old Republic] game.  A conclusion to wrap it all up and transition into the MMO.

Do you have access to any of the original KOTOR 3 story and will you use those story elements in developing your own KOTOR 3 game?

Yes. I’m not able to give you names or how [I have contact] because I don’t want anyone to get in trouble but there is a lot of things that people don’t know about [the original] Knights of the Old Republic 3 game.  Going forward with this project I’ve had the privilege of actually talking with a lot of the original people that were actually working on it.

Knights of the Old Republic 3 was in development in 2005.  One big thing I guess [I will be]  publicly breaking this [but] there was actually two KOTOR 3 concepts.  One was pitched by Obsdian that some people know of, and then there is another one in which no one knows anything about and that is the Lucasarts pitch.  The in house development team was actually selected to be produced.  So most everything we obtained. . .was based on the one they were actually going to develop, which was the Lucasarts story and not the Obsedian pitch which most people think was actually going to be [made into] KOTOR 3.

Now that I’ve looked at the actual plot of KOTOR 3 that they were going to make, none of it, well not none of it, but a huge chunk of it does not translate over because of the MMO.  The MMO was not in their game plan [originally] when they were making it, and when EA Games and Bioware [started] making the MMO they were not interested in [using any existing] KOTOR 3 content.  They went completely their own way.

The game they were going to produce from the Lucasarts pitch [handled the Sith] completely different than what you would expect. The primary antagonist was a female Sith Lord who wasn’t an actual Sith, she was a Jedi who fell to the Dark Side.  The Sith, [or] the bad guys, were not the Sith we see in the MMO.  They were a further off-shoot, further down from Revan and his time.  These kind of Dark Jedi had fallen to the Dark Side [but were] not true Sith.

There was a handful of different characters they tossed around.  Obsedian’s plot is a much more known plot in which it was all about the coming of this true Sith Empire from some unknown region, with these super powerful Sith Lords, and this unholy sized army which infiltrated the Republic [in order] to bring the galaxy to a crushing apocalyptic end.  That is the behind the scenes, under the cover, basic plot that people are more familiar with when they think of KOTOR 3. [That plot] was actually shot down in its entirety and Lucasarts went entirely, entirely different with it.

Check out the full interview and report on their website (Iamasupernerd.com) to read the rest. And let us know what you think about this exciting development.