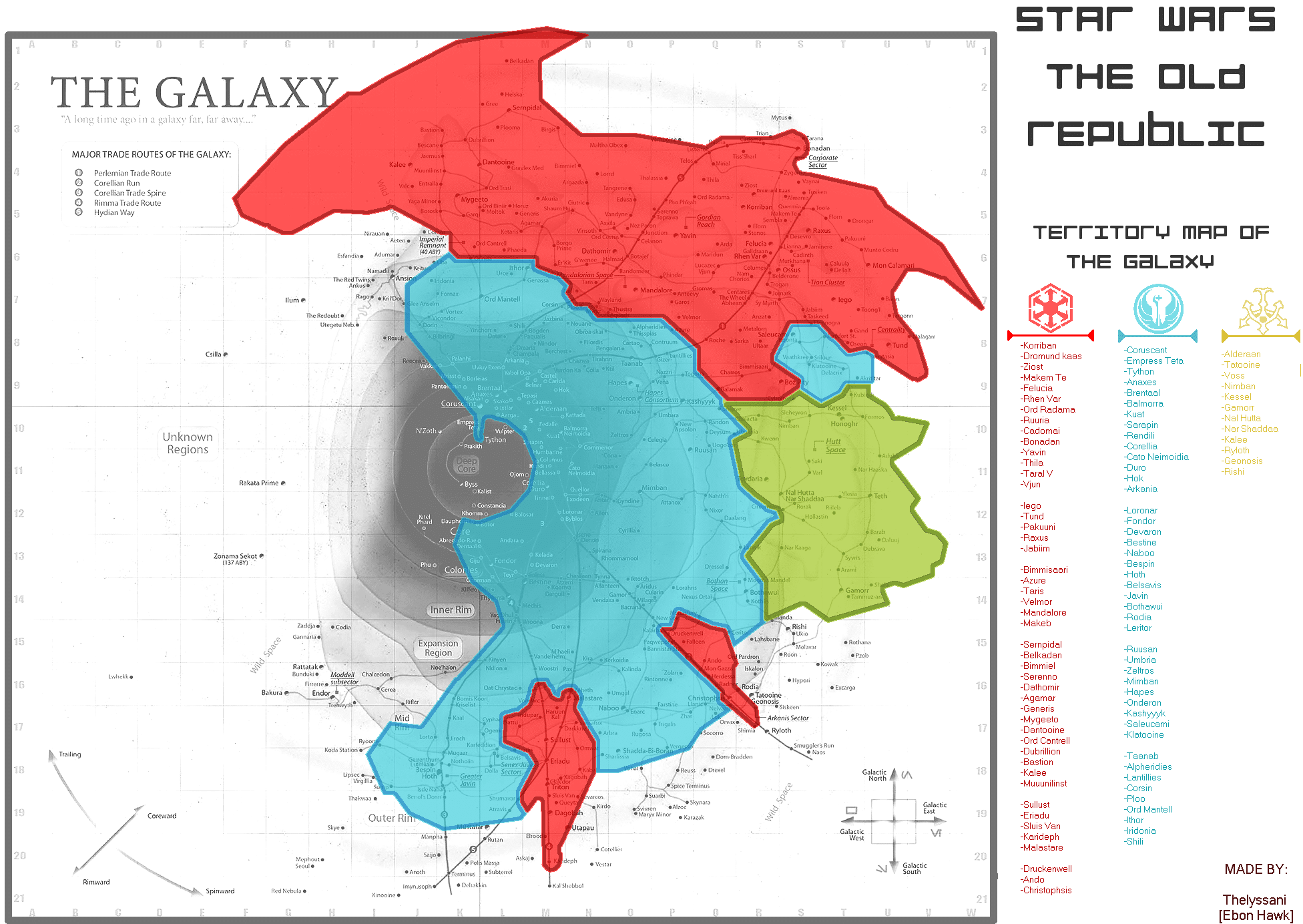 Here is a very thorough territory map of the galaxy with each zone color coded and labeled. You may need to make it bigger to really see all the detail and to read all of the territories. But you’ll see it’s really well done and he’s also been taking suggestions from viewers on how to improve things.

Hello everyone! I’m a long time SW:TOR player and fanatic about the Lore of the game. I have been working on a territory map of the galaxy (A map that would show Imperial, Republic, and Hutt Space), in the hopes that it would be a valuable resource to the community of the game, especially to those that are interested in the Lore and or Role-play.

Here is a link to the map:

If you have any corrections, feedback, or suggestions, please leave a comment here, and I will update the map as soon as possible (All updates will be found on the same page as I linked above).

EDIT: Just a heads up, I posted down below why I don’t trust the in game map (The one on your ship):

“The main problem with the in-game map is that it is sometime inconsistent with the background lore on Wookiepedia, and doesn’t reflect the recent changes in territory (Makeb, Taris, Balmorra, Corellia, etc), nor does it account for the victories scored in space battles in game. Because of this, the in game map cannot be used as an accurate representation of the territories.”

EDIT 2: Oh wow, people are really liking this map! Thank you all so, so so so SO much for your support and interest!I WILL BE POSTING UPDATES TO THE MAP ON THE SAME LINK, So if any new territories are changed in future updates, I WILL BE keeping the map current! Once again, thank you SO SO SO MUCH!**

And now you can see for yourself and let us know what you think about this territory map. 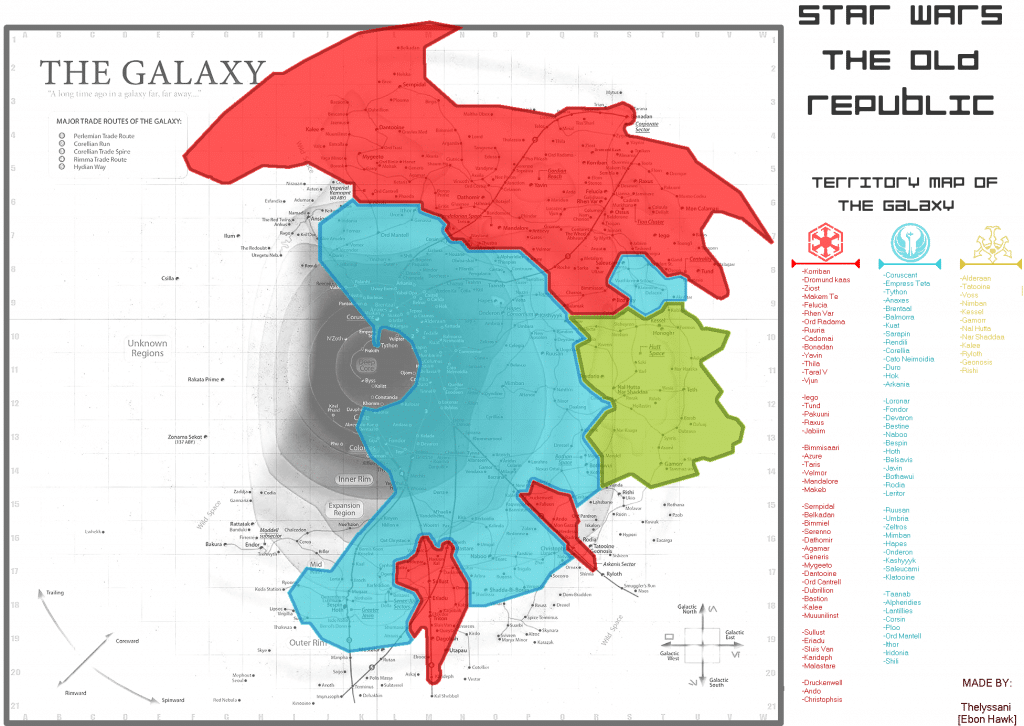