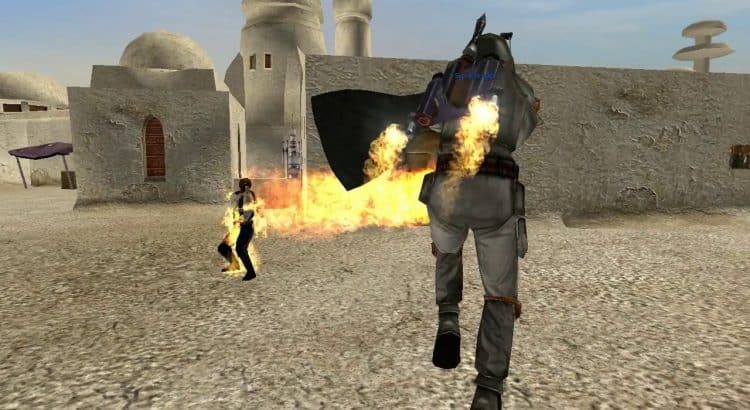 Here is something pretty awesome. Youtuber Angry Ewok had to much time on his hands, and decided to recreat the complease Star Wars: Battlefront 2 trailer showcased at EA play last week. Check it out:

As as stated in the beginning, this is both crazily awesome, and sad at the same time. I haven’t played BF2 for some time, and I don’t remember it looking this… bad. Part of that is because I am  remembering the parts of the new Battlefront 2 and how they’re similar, and thereby comparing them in my mind even if I  don’t realize it… And I am comparing these graphics to the graphics of the new game, and the gap is so wide it makes these seem even worse. But that is just me rambling.