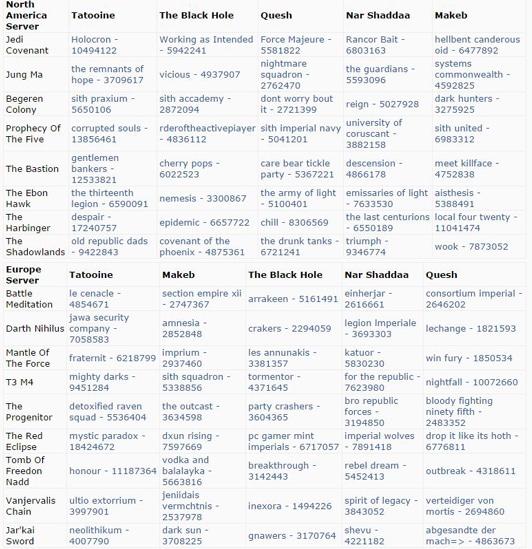 SWToRConquest.com compiled the final results for week 4 of Conquest Battles in SWToR. As a reminder the battle lasted from September 9 to September 15 and saw multiple guilds fighting over planet dominance.

Out of the five planets that were available for invasion this week (Tatooine, The Black Hole, Quesh, Nar Shadaa and Makeb), two (Tatooine and Nar Shadaa) offered the most closely-fought-battles. The closest-one, took place at the Harbinger server where more than 5 guilds went neck-in-neck right up to the last minute.

The new conquest week is already under way and it’s titled “The Dread War”. The battles are scheduled to run from September 16 to September 24 and we’re definitely keeping an eye on the competition through swtorstrategies.com dedicated event page.