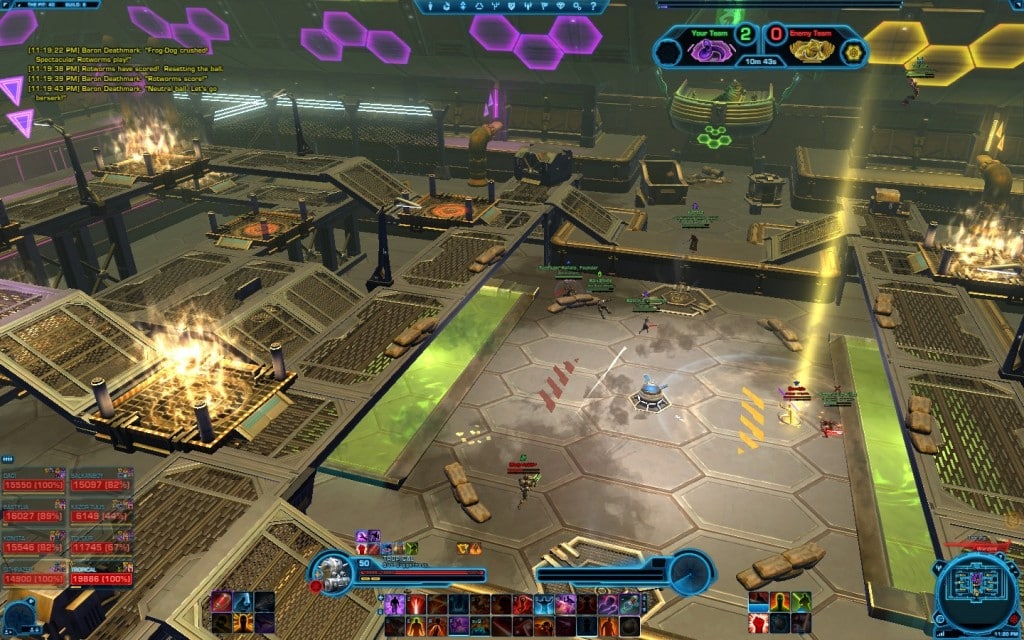 The good people over at Corellian Run Radio had the chance to interview Senior Systems Designer, Rob Hinkle. In the interview Mr. Hinkle answers questions regarding upcoming and current mechanics in PVP. What struck me the most about his answers to the questions, regarding gear. He personally felt gear had mattered too much up to this point. He spoke of having progression without having such a large gear gap, i.e. tightening up the gear gap. This seems like a good way to go.

Here is a snip:

Question 4: Are there any plans to ever change from the vertical progression of PvP gear to horizontal, especially with free-to-play? (i.e. will gear in the future still be a large factor in performance?)

Rob: As we move forward, we want to tighten up the minimal gear level and maximum gear level power gap while inside PvP. ToR is an MMORPG, so we feel that players need some goal to achieve and a path for their characters to continue to improve, but we also recognize that many players want structured PvP to be based on skill and tactics, and not who has the bigger blaster. This is a fine line to walk, and personally, I feel that from launch until now we have had gear matter a little to much.