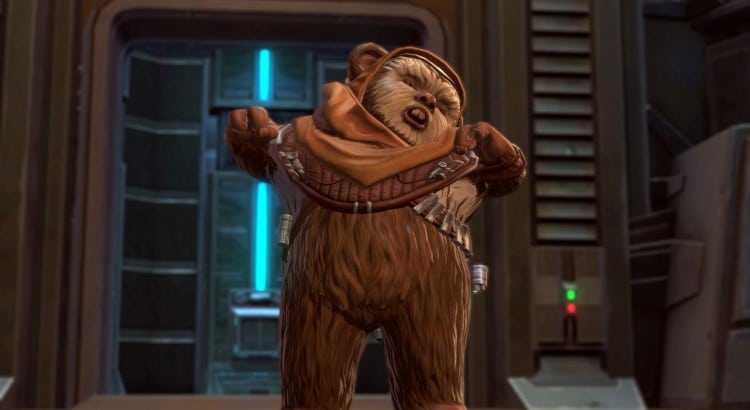 There has been much discussion about companion stats and whether or not they are too overpowered at level 50. Before we heard a lot of players asking not to ad level-sync. They wanted to be able to clear mobs with their companion, operate on “easy mode” and plow through things. But then we heard people complain, “It’s too easy” and ask for companions to be nerfed.

Let’s take a look at level 50 Treek for some perspective.

What do you think? Is it overpowered? Should players be able to use their companions to essentially farm through content? They’d still have to level up the companion and gear them out to max for it to even work anyway.

Yet some people are saying the comp stats are way too high. In some cases, the companion could have as much as 700% more health than the player character. Player characters are no longer the heroes on this scenario. They become the “sidekick” while the comp does all the heavy lifting. While some players enjoy this, there are others who feel it takes away from the story and the appeal of the game and playing as a hero.

Some players feel like the real problem lies in the difficulty level of the game itself. Sometimes it also depends on whether or not the player enjoys the game for the story itself, or for the gameplay. If you don’t find the story all that engaging anymore, you might have an issue with the game, or find it too mundane to continue playing for a lengthy period of time. For others, that is just not the case.

What are your thoughts on this? Tell us how long you’ve been playing with your comments.