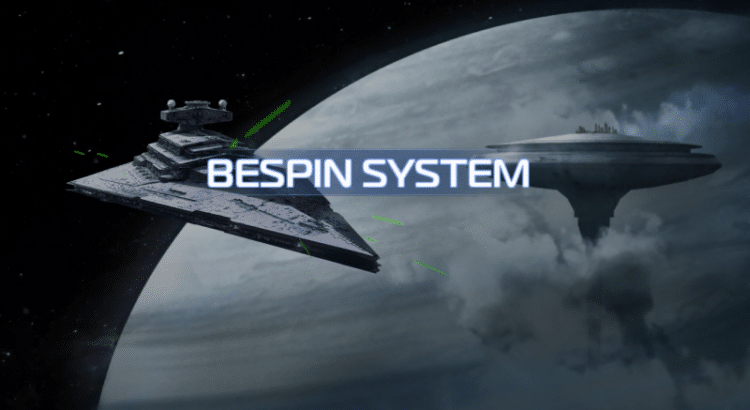 Ever since Star Wars: Uprising was released on Android and iOS electronics around two months ago, it’s certainly gotten a loyal fan base of people who just want to free the Galaxy from Imperial enslavement. Of course they also want to collect all of the items, upgrade their crew and characters, and earn a ton of credits while they play. When the game was released it had five playable planets and they are Burnin Konn, Hoth, Anoat, Mataou, and Bespin. However, the fifth planet, Bespin, stayed out of every players reach.

The game lets players have the chance to push the boundaries of where the story will go next. Every player has the opportunity to play five assault missions every day. When you repeatedly attack imperial settlements for a few days, the bar for “sector battles” will rise on each planet that is being attacked. Once the bar reaches its zenith, a sector battle will be triggered on that planet.

For most fans, they figured out that you need to use all of your sector battles on Bespin to eventually unlock the planet to play on. The main issue is that a player needs to be at the level cap of 40, before they can even assault Bespin. This is what started the long daily grind for most players who can’t wait to reach the planet. Most players would rally using the #FreeBespin hashtag and around 10 sector battles later, it seemed like the fight was hopeless and we wouldn’t see the planet open by the end of the year. All of a sudden the games designer decided to step in. After they launched v1.1, they then began to offer around 7,500 credits for each assault run on Bespin, vs 2,500 credits that you get elsewhere. Finally, a sector battle was triggered on the planet. Players were excited that they finally were in the sights of playing on Bespin, which is where Lando Calrissian was living.

Some players think that the fact that the game was rigged before to the availability of this sector battle was the perfect thing for developers to do because it kept them in control of the game. Kabam denied the allegations, and claimed that the planet was always unlockable. No matter what the truth is, the time to play on Bespin is now.

The sector battle went on for 48 hours, and this is twice as long as the majority of sector battles. Tons of players fought viciously for a ranking position to get the best rewards possible. The best reward is the fact that players now have the ability to play on the planet. After a short buffer time, where the points were tallied up and the ranks were handed out, the planet was finally unlocked.

Uprising is special in the way it develops the narrative of the Star Wars universe in the outer rim planets during the time just after the events that happened during Return of the Jedi. Most of the Empire is still going strong and they are even denying the claims that the Emperor is dead. The game is mainly about diving into the Star Wars universe just before The Force Awakens comes out next month.

Chapter II gives players an increased level cap, a large amount of new upgradeable equipment, 560 new gear items, 273 new crew members and 276 new weapons. This is double the amount that players had when the game was released. Now it’s time for you to go and enjoy the planet Bespin!