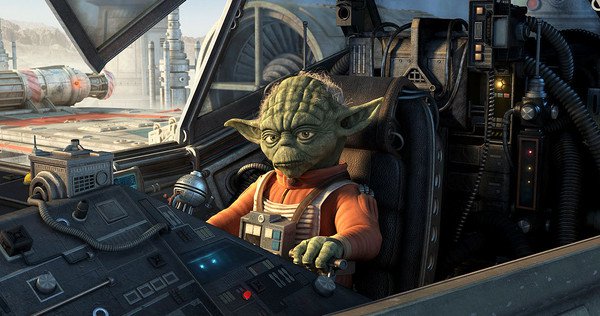 You know how we love our Star Wars games here. It’s what the entire site is about! Well, let’s talk games for a bit here. I’ve been playing Star Wars games for as long as I can remember and every time a new one is in production or released, I’m excited to try it out. Admittedly, they’re not all for me, but that’s the beauty of the Star Wars universe and the popularity of it all – they just keep making more games. But… what if they stopped? Or what if the games they make aren’t the ones the fans really want? Or what if we get bored of the same old, same old they keep shoving at us?

This article from Hardcore Gamer discusses the topic of the future of Star Wars games and we think they have some really great points. So rather than say again what’s already been said, we’re going to direct you to their piece about it.

Colin Stevens says, “EA has done quite a bit with The Old Republic, an MMO based off the stellar Knights of the Old Republic series started by BioWare back in the day, but that project began and was initially released prior to EA scoring its Star Wars exclusivity deal. Then DICE’s reboot of Star Wars Battlefront underwhelmed with its initial release in in 2015 – the consensus was that the game was rushed to release close to The Force Awakens and was subsequently barebones when it first hit the market. Star Wars Battlefront II came two years later and it should have been easy for EA to knock this one out of the park – unfortunately, an initially horrible series of overpriced and predatory micro-transactions, mixed with a game that didn’t entirely feel like it built off its predecessor, gave EA bad press and even angrier fans. These major Star Wars games have sold well, and kept many fans pleased, but they’re all based off of existing Star Wars properties. What we need is something fresh – or, at the very least, more variety.”

Doesn’t that last line pretty much sum it up? Star Wars gamers have been saying this for years now. Every time it looks like they are going to give us something new or unique, the project gets canned, sometimes before it even has the opportunity to get started.

Colin’s article goes on to talk about some of those canceled games, as well as what we can look forward to (hopefully) from the future of Star Wars games. If you have the time, go ahead and give it a read for yourself and let us know what you think. What do you want to see from the future of Star Wars games? What types of games would you pay good money to play? How do you feel about the current games they are giving us?