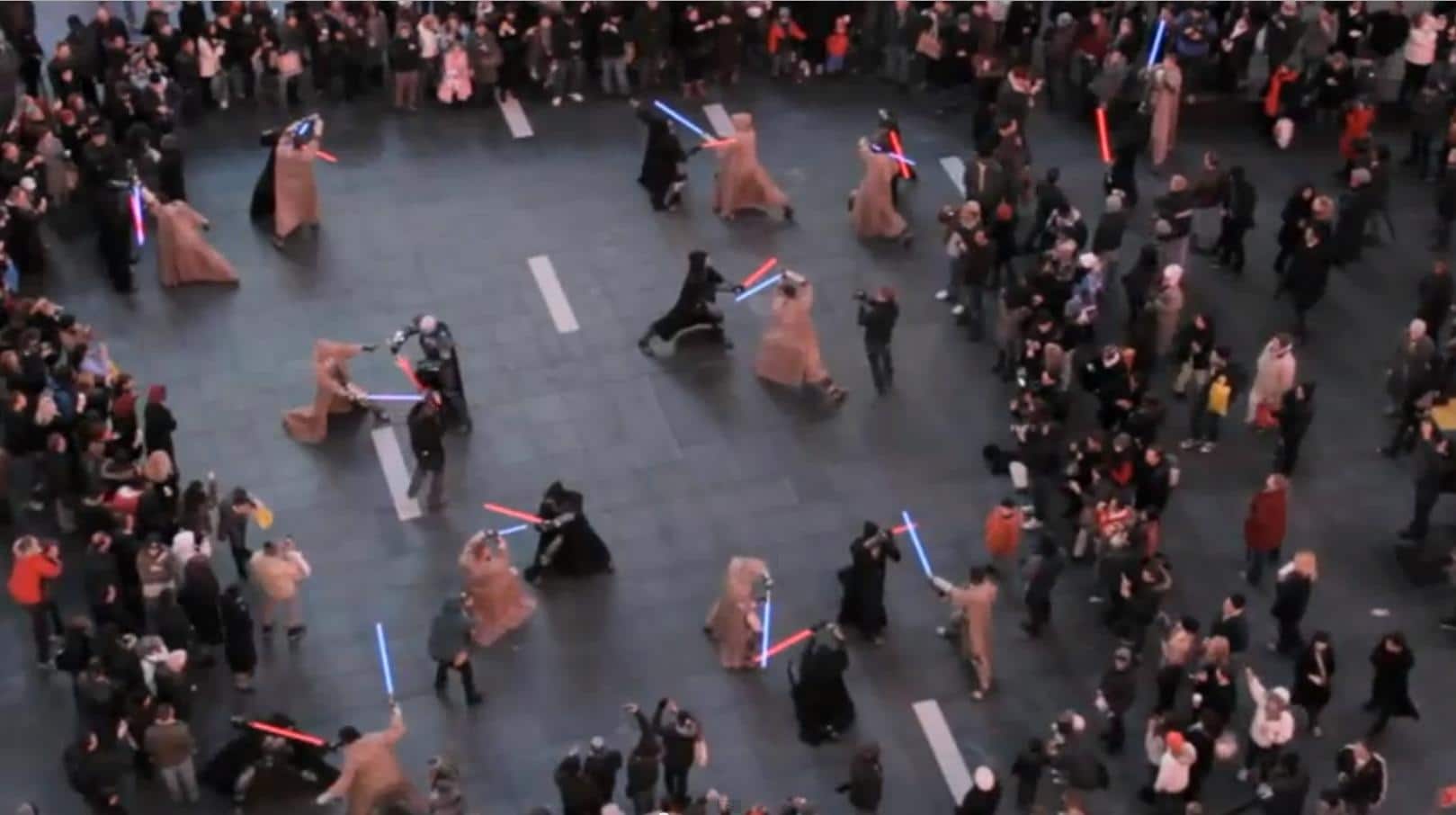 Massively noted their top 10 memorable marketing campaigns and no surprise, SWTOR Flash/Freeze mob made the list at #8.

Video game makers have to market and advertise just like any other business today. However, they are finding, just like other markets, that they have to get more creative with how they advertise and how they spread the word about their brand. Because of this, some video games have had some pretty interest campaigns to help draw attention to their game. SWTOR was no exception.

Here’s what Massively writer Justin Olivetti had to say about it:

“Despite your feelings on the game, you have to admit that this flash mob is just a brilliant piece of advertising. I don’t know what I love more: the incredibly detailed costumes, the decision to pose all dramatically instead of staging a hackneyed fight, the fog that comes up, the dad who just yanks his kids right out of the path of a dark lord, or the crazy civilians who jump into the fray at the end. Probably all of the above.”

I have to agree with Justin here and unlike him, I do have experience in marketing. The campaign was awesome. They attracted tons of attention and it was creative and original. I wish I could have been there in Times Square when it all went down.

Lucky for us, there is a video so if you don’t have a clue what we’re talking about or you just want to see it again, here’s the video: