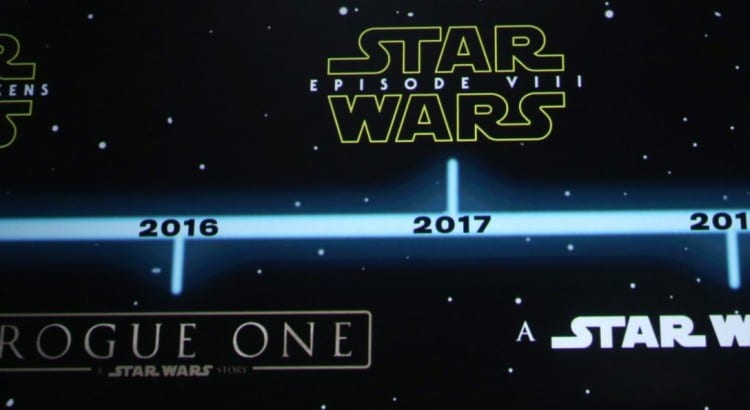 If you thought all we had to look forward to was the new trilogy, then Star Wars fans can sit back and listen to some very good news:

Word in the industry is that we are going to see more Star Wars films after the newest trilogy. Bob Iger told the BBC that plans to continue delivering space opera installments were in place for beyond 2019, when Colin Trevorrow’s Episode IX is due to hit cinemas. That’s great news, right?

If you’re a Star Wars fan, then I’d say it probably is. Of course some people are skeptical about whether or not these films are going to be good, and whether or not they can keep the franchise going with that many films and it still be successful but if anything can do it, it’s Star Wars.

“There are five Star Wars films – four more with Episode VII: The Force Awakens – that are in varying stages of development and production,” he told Newsbeat. “There will be more after that. I don’t know how many; I don’t know how often.”

So that is definitely good to know. We’ll have to stay tuned to hear more about how many and when they will be released. There’s a journalist who has a pretty good idea about how this will all go.

“The company intends to put out a new Star Wars movie every year for as long as people will buy tickets,” wrote journalist Adam Rogers. “Let me put it another way: if everything works out for Disney, and if you are (like me) old enough to have been conscious for the first Star Wars film, you will probably not live to see the last one. It’s the for ever franchise.”

I can’t say I disagree with Adam here. I am sure Disney will milk this as long as they can, so long as they are still making money from it. But is that really a bad thing? If they’re producing excellent movies that the fans love, I don’t see why it’s bad. However, if they get sloppy, lazy or mess it up, you better believe the Star Wars fans will be the first to let them know.