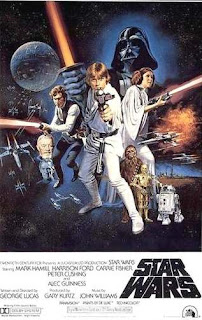 At Star Wars Celebration V, George Lucas finally made the big announcement that the entire Star Wars saga would be released in a Blu-Ray box set in Fall 2011. Speaking about what will be included, Lucas said, “They’ll be different kinds of additional material,” adding, “I think you’ve seen enough behind the scenes (material) for a lifetime. There’s some really good material that will be included in there, (including) more deleted scenes that you haven’t seen yet.” Lucas said these newly released scenes would be kept separate from the film itself.

There is lots of material that never made it into Star Wars: A new hope floating around the internet. Most of it is in so bad shape that it is almost impossible to see and understand what is going on. Some of the material comes from “the lost cut” which was the first edit of Star Wars, edited not by George Lucas but by John Jympson. This version of Star Wars, according to an article in Star Wars Insider #41 by David West Reynolds, contains about 30-40% different footage from the final version. There are scenes that have never been seen elsewhere as well as alternate takes of scenes we know from the finished version.

To this day the Lost Cut has been seen by very few eyes. But recently, a large section of the footage from the Cantina was included in the Behind The Magic CD ROM along with the Biggs and Luke cut scenes. Also, a few short snippets from the Lost Cut were used in the Star Wars Holiday Special to introduce the “Life On Tatooine” segment of the program. Other than these small glimpses, the Lost Cut remains an intriguing but unseen artifact to most of us.

This video includes both of the omitted Biggs Darklighter scenes from Star Wars Episode IV: A New Hope in the sequence where they would have appeared in the film.

While those scenes are interesting, it’s shoving too much at the viewer all too soon. It’s also not the best way to introduce Luke’s character or the stakes at risk. The way the actual film carries is an excellent pace.

The Search for Artoo

This next small scene originally was to happen while Luke and Threepio are rushing off in the landspeeder to search for Artoo-Detoo.

Here we have Threepio driving the landspeeder while he and Luke discuss Artoo and how much trouble Luke will be getting into.

You can see remnants of this scene in the final version of the film: a distant shot shows Luke talking to Threepio and gesturing, but the dialogue does not seem to match what is shown. The part that is cut has close-ups of their extended conversation, and a shot of the landspeeder’s display showing where Artoo is. The scene appears in the Lost Cut with a rather unconvincing effect of Tatooine landscape going by outside the speeder, done with rear projection of moving footage. This is probably part of the reason this portion was cut out, since the effect didn’t come off so well.

This next scene was to come right after the scene where Han Solo encounters Jabba the Hutt in Docking Bay 94, and right before our heroes enter Docking Bay 94 for the first time. Here we see Darth Vader and Commander Bast talking together regarding the missing droids, Leia’s resistance to her interrogation, and Governor Tarkin’s “foolish plan””. It is here we see also that Vader may not feel so confident in Tarkin’s command, since he seems to go along with Bast’s bold criticism of Tarkin. Most likely this scene was cut for time considerations. It is not crucial to the story, and doesn’t really add anything new to the plot. Cutting it shaved a minute or two from the finished film.

This scene was re-dubbed for The Holiday Special. You can tell by the cheesy, overdramatic musical score that this had no place in the original film.

This last scene will properly never be be part of the blue ray edition, as it was changed, but still worth a look.