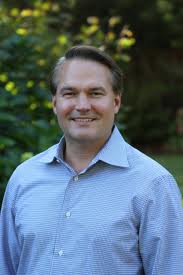 Electronic Arts chief financial officer Eric Brown has resigned from his position at the company, Gamasutra reports. He’s only been with the company for under three years but Friday, February 17th will be his last day.

The following Tuesday he will start his new role as both the CFO and COO of communications company Polycom. Current chief accounting officer and senior vice president Kenneth Barker will serve as CFO for EA until they find a new official replacement.

Some are saying that Brown is leaving the sinking ship they have dubbed the “TORtanic” before it is too late but is this departure really evidence that something is wrong at the company? It’s important to look at all the facts when making such an accusation.

First, Brown has a history of coming and going- with EA as well as with other companies. He first joined EA in 1998 but left for a position as CFO of MicroStrategy, Inc. and later McAfee, Inc. It would appear that enjoys going where the money is at and bouncing and flouncing as the job suits him is common.

This may have nothing at all to do with the success or failure of SWTOR, BioWare or EA as a company. EA has no formal comment at this time on the matter.