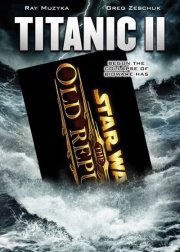 Are you happy with SWTOR and the post-launch outcome thus far? While many gamers are completely satisfied, there are others who feel let down by the game and EA has been facing some problems lately in terms of broker concerns. But is it really as bad as it sounds?

A Technorati blogger thinks SWTOR is sinking fast and has this to say about the sinking ship:

And there is quite a bit of solid evidence that people are abandoning ship. But what about those who say there is no problem? Many are calling it the TORtanic, and this is the fated maiden voyage. But let us explore how and why this game is failing so hard and fast.
Hmm.. I’m not sure I completely agree with his evaluations but he might have a few good points. First, he explains that the initial launch sales boomed the game to an unreachable height that cannot be maintained over time. It appears he is blaming over-hype for the boost in initial sales but he says “subscriptions may be a problem for this game.”
He then says they chose an unsuitable engine in Hero Engine:
When Electronic Arts/Bioware licensed it, the engine was not working correctly. It is still not working correctly, and players are reporting everything from missing textures to targeting errors.  One very amusing glitch was that you could not be properly targeted while dancing, although this was eventually patched.
I don’t completely agree with him on this one. I think Hero Engine is the future of gaming, as I wrote about previously. A few glitches here and there in a newly released MMORPG is hardly a sinking ship.
He then says they are “planning to fail and failing to plan”:
Greg Zeschuk is a man who has done some decent games, but they have been hit-or-miss. After the dreadful failure of Warhammer Online  he moved on to other games, including The Old Republic.  Gabe Amatangelo, who also worked on Warhammer Online, is in charge of PvP. So from the start we have some people who failed at their last MMO making a new one. This leads to their next problem.
I’m not sure I buy this as a solid reason the game is sinking. There are a few flaws in the poster’s theories. Personally, I think Warhammer was a huge flop. I had high expectations for the game and didn’t care much for it at all. However, we learn from our failures, right?

Actually, the Technorati poster was wrong in another note because Greg Zeschuk had nothing to do with the development of Warhammer. Warhammer wad developed by Myth. Gabe was transferred over when Myth and BioWare merged.

I think both Zeschuk and Amatangelo have done great with SWTOR and that their previous experience in the industry could be the reason for that. With failure comes growth. SWTOR is that growth.

A final note he points out is inaccurate reviews and he might be on to something with this one. While I don’t believe there is some big conspiracy going around the video game industry, I do think some reviews may be inflated, particularly early reviews of the game that were designed to build the hype.
However, as a professional writer myself, I can tell you that I have never once been “fired” or negatively affected in any way by a bad review I wrote on a product or service (and there have been a lot of them). Rather, I feel the urge to write a positive review comes from the writers themselves not wanting to say bad things about a big company/game.
He says “Accurate reporting goes out the window when you are cashing paychecks from a publisher.” And I’m not so sure I buy this completely.
First, there are laws that you must disclose when a company has paid you to write about their product and/or when they have given you a free sample in order to complete a review. The reader must always assume there is some level of bias involved with these “paid reviews”. If you bought the game solely on that reasoning, then it’s partly your own fault if you don’t like it.
Do I think SWTOR has some room for improvement? Most definitely!
Was I a little let down by certain aspects of it (cough* space combat ( cough)? Absolutely!
But do I believe it’s a sinking ship? Nope. Still too many players enthralled in what is basically a good game that just needs some tweaks. I’m not ready to label it the TORtanic just yet.