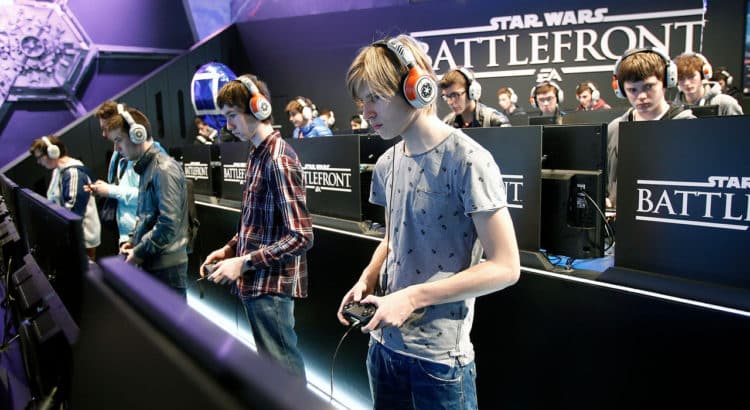 By now, you know all about the drama of EA’s Battlfront II after they announced the loot box system that would come with the game. This meant that in addition to the $60-80 you would pay for the base game, you could also spend more money on digital “boxes” that have a chance of giving you random benefits. You don’t know what’s in these boxes, it could be a dud like a random emote for your character. However, the boxes do have a chance of giving you something really great. This means the temptation to continue buying boxes until you get the goodies you want is very high.

Even if you don’t get a dud, you may still be tempted to continue buying more boxes and continue getting more goodies to help you level up. You can get abilities to make you stronger, such as 100 percent invisibility flight on Boba Fett. The more boxes you get, the higher your chances of getting great loot. The problem is, you might buy tons of boxes and still not get anything good. There’s no guarantee. And this is exactly why many people have said it’s no better than “glorified gambling”“.

In a sense, it is. And Star Wars Battlefront II is certainly not the first game to do it. The very popular Blizzard game, Overwatch, also has a loot crate system. However, you get more in those crates and the rate of good stuff vs. junk seems more balanced. Call of Duty also has loot boxes, so why are people so ticked off about the ones in Battlefront II? It’s at least in part because the items in loot boxes are not merely cosmetic, like in Overwatch. Since these boxes contain items that improve how you play the game, there is very much a pay-to-win factor to it.

As the website Rock Paper Shotgun explained, you could get those same benefits without spending real-life money, but you’d have to do it by playing matches against other players to earn fake game money, which could take dozens if not hundreds of hours. Another reason it was pointed out as a problem with a Star Wars game is that the brand is primarily marketed to children. The gambling element combined with the pay to win benefits in a competitive game and you can see why there was an uproar.

Belgium’s gaming commission is investigating whether the game constitutes gambling, although EA still sticks to the story that the crates are not gambling.

“A player’s ability to succeed in the game is not dependent on purchasing crates. Players can also earn crates through playing the game and not spending any money at all,” said the EA spokeswoman. “Once obtained, players are always guaranteed to receive content that can be used in game.”

What do you think? Is it gambling? Are we arguing semantics here? Is it right to allow players to pay real-world cash for potential advantages in a competitive game? Is this the future of gaming, or do you see it as taking advantage of the players?