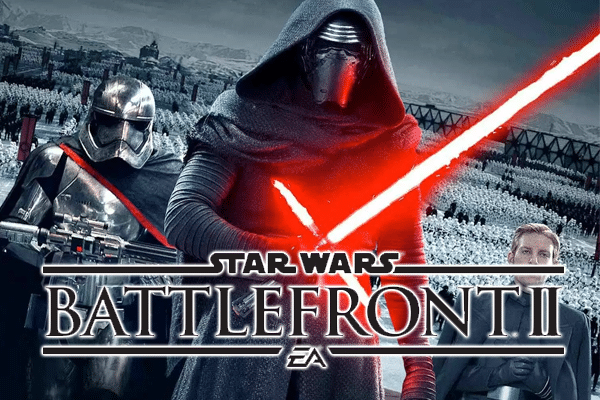 Players may have won the spat with EA over microtransactions in Battlefront II, but it’s not over. EA and DICE announced they would temporarily turn off the feature and many players rejoiced, counting this one a victory. However, the announcement made it very clear that loot boxes would be returning at some point in the future.

“The ability to purchase crystals in-game will become available at a later date, only after we’ve made changes to the game,” said the statement. “We’ll share more details as we work through this.”

So, this brings forth a couple of questions:

EA stated in an SEC filing that, “this change is not expected to have a material impact on EA’s fiscal year 2018 financial guidance,” but it doesn’t seem to make a lot of sense. If sales from the base game at $60/box are going to be down from BF1, and BF2 is not being sold with an expensive season pass like its predecessor, how can they hope to recoup the losses of cutting out the loot boxes?

In their attempt to get as much money as they could from their players, EA has now ironically ended up with a $60 game and no good way to re-monetize it. They made the switch from the microtransaction model to an entirely loot box based model, that has now been canceled. Now, it’s not possible for them to switch back without creating the biggest uproar imaginable. What if they said now, after canceling loot boxes, that they’re going to start charging for new maps and heroes? People will lose it.

It’s also difficult to see how they will be able to bring back progress based loot boxes. No matter how much you charge, if it’s a pay-to-play model that gives power-based boosts, or helps with progression, players are going to take issue with it. So, it’s hard to see how they can bring any kind of loot crate system back to the game at all. Perhaps they already have plans for how they will bring it back, or maybe they are still trying to figure out how to do that without killing what’s left of their playerbase. Only time will tell.

Do you think loot crates are gone for good, or will EA find a way to bring them back that doesn’t alienate all of their players?