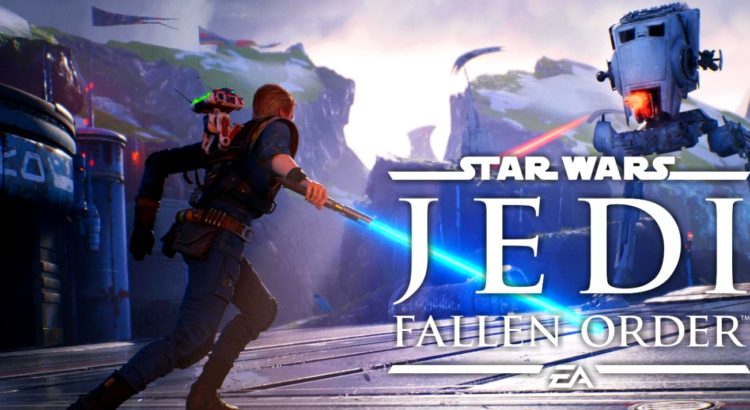 Star Wars is one of the best epic space-opera to hit the screens in our modern times. Many people from around the world enjoy it a lot and are always eager to watch the new episodes. For gamblers, there are numerous action-packed video slot games available in both land-based and online UK casino sites offering great winning opportunities. Besides, there are also several video games that are inspired by the infamous TV series that can be played across many devices, including mobile, tablet, and personal computers. This article provides some of the best Star Wars-themed video games available in the market today and the features to expect from each one of them.

This is an impressive scale board game that lets you control the whole Galactic Empire arsenal. The Star Wards: Rebellion game has asynchronous gameplay since both the Galactic Empire and the Rebel Alliance come with different ships, heroes, and missions. The army in this game is enormous and gives one the courage to conquer others. It allows you to be in charge of the TIE fighters, Star Destroyers, Death Stars, as well as Darth Vader himself. Like in the original movie, you have to discover the Rebel base to win. Also, you must create a stable alliance with other alien planets and help their help to beat your enemies. This is a thematic, strategic, and tactical game that will provide you with the best outer-space experience.

If you are a big fan of the Star Wards universe, then you are aware of Starkiller – a powerful human who was secretly raised by Darth Vader. Starkiller, aka Galen Marek, is the main antagonist in the plot, whose objective is to find and end the Jedi’s reign and execute any remaining rebel activities. However, Starkiller is caught up in a moral dilemma, which makes him distance from Vader and starts embracing the enlightened force. Star Wars: The Force Unleashed video game utilizes force and lightsaber fighting. And it is designed to work across all platforms, including Windows, PlayStation, Xbox 360, Mac OSX, and Nintendo.

Released in 2017, Star Wars Battlefront II is one of the latest and most exciting video games in the Star Wars series. The story is based on the scene of Return of Jedi and The Force Awakens. What makes this game stand out from its predecessors is the full-fledged campaign mode. You play Iden Versio, who is the leader of the Inferno Squad – a specially trained group in the Imperial Forces. This exclusive squad is responsible for sabotaging rebel camps and paralyzing all anti-Imperial movements in the Galaxy.

Additionally, the campaign mode also allows you to control other famous characters in the Star Wars family-like Luke Skywalker. One thing that made players avoid this game was the small in-game purchases that were put by electronic arts. It is available on Windows, PlayStation 4, and Xbox One.

Do you love racing? If yes, then you should try out Star Wars Episode I: Racers by LucasArt. This is a thrilling video game that is inspired by the podracing events in Star Wars: Episode I. It was released back in 1999, making it the first-ever racing game in the Star Wars series. Like in other regular racing video games, your objective is to beat your opponent on the finish line. The beginning is simple, but things get complicated when you advance through different stages. This game stands out with the state of the art graphics and smooth, fast-paced gameplay. Star Wars Episode I: Racer game is playable on multiple platforms, including Game Boy Color, Mac OS, Nintendo 64, and Windows.

This is the very first brand in the X-Wing combat flight simulator genre. You play as the pilot controlling the famous X-Wing plane featured in the Star Wars Galaxy. This video game is set in a Mon Calamari Star Cruiser, where you can choose from different missions that are available. The first versions feature the A-Wing, X-Wing, and Y-Wing planes only, but you can now find the B-Wing in the modern expanded versions. This game comes with three sets of missions to be completed, each with up to 14 operations to be carried out. Although this video game is not directly inspired by scenes from the movies, the developer has included sound effects like yelling, which makes it more thrilling. It is available on Windows, Linux, and DOS.

Do you feel inspired by Jedi? Well, this could be the best game to try out. In Jedi Knight II: Jedi Outcast video game, you are Kyle Katarn – a renowned rebellion mercenary who is devoted to fighting the dark side. Your mission is to end the activities of the Imperial Stormtrooper, dark Jedi, and others. The game has 24 levels in eight planetary systems. Unlike other games, the force powers are available at certain levels. You will meet other familiar characters like Luke and Calrissian as the game advances. Expect to find intriguing in-game cut scenes that offer seamless visual effects.

Star Wars: The Old Republic is visually-appealing multiplayer video games. It is set in the Star Wars Universe, which existed before the scenes of Clone Wars, a when the Old Republic was the overall ruler of the planetary bodies. You get the chance to choose sides and characters as you wish. One option is to the alliance with the Old Republic, who are committed to bringing peace in galaxies or work for the ancient Sith Lords as a warrior or an inquisitor. There are eight characters to select, each with a unique role and storyline.

If you fancy playing online video slots, then you should try the Star Wars slot by NetEnt, a giant software provider in the iGaming industry. As you would expect, this slot machine is inspired by the blockbuster movie franchise, Star Wars. This slot is packed with lucrative bonus features, high payouts, and a wide betting range to accommodate both casual and high stake punters. Star Wars is made in HTML5, which makes it compatible with mobile and personal computers powered by Android, iOS, Windows, and Linus. You can choose to play for fun or real money at leading UK casino sites from anywhere.